Monday, February 6
You are at:Home»News»Sarawak»State to tap marginal oilfields
For the freshest news, join The Borneo Post's Telegram Channel and The Borneo Post on Newswav. 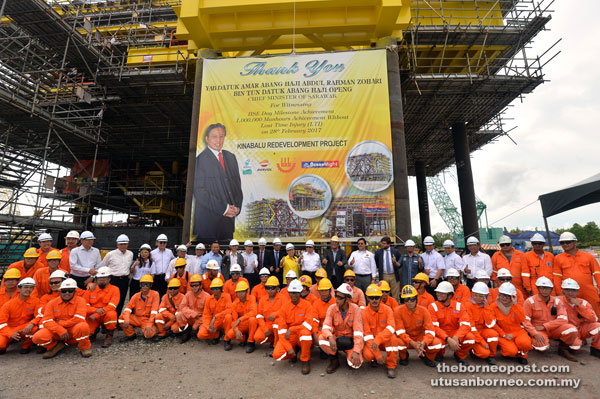 Abang Johari (back row, 11th right) with staff of OceanMight as well as officers from Petronas and Repsol in front of the EPC Kinabalu Wellhead Platform. 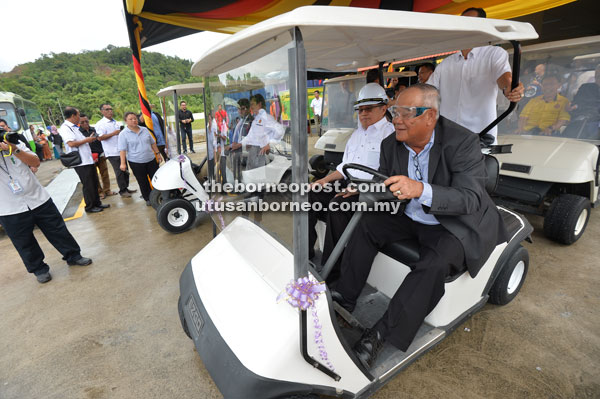 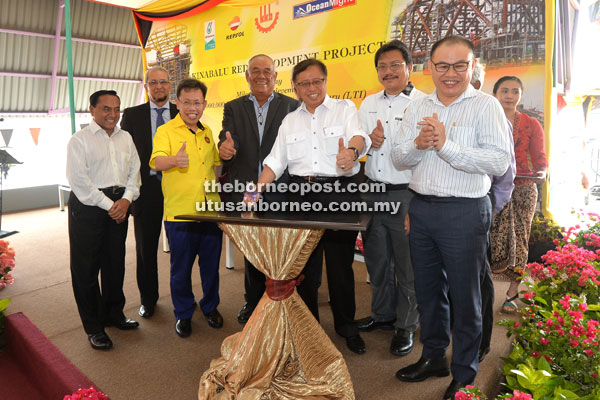 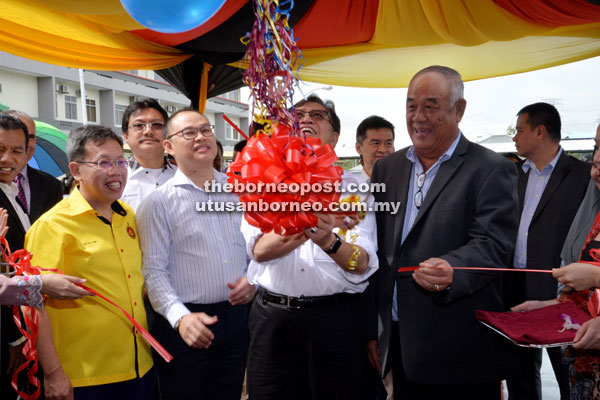 KUCHING: Turning Bintulu into a gas hub, continuing to exploit small pool reserves and enhancing local participation in both upstream and downstream activities are among the key focus areas to boost Sarawak’s position in the oil and gas sector.

In highlighting this, Chief Minister Datuk Amar Abang Johari Tun Openg said these measures were on top of the government’s persistent push for 20 per cent oil royalty from the federal government and Petronas.

“Oil and gas resources are still available in Sarawak based on a seismic study showing that hydrocarbons are still found in certain exploited areas either in the form of oil or gas,” he pointed out.

As such, he informed that the state government had indicated to Petronas, Sarawak’s interest in continuing to tap into the marginal fields of oil and gas reserves in the state.

Marginal fields known as ‘tekih tekih minyak’ by Sarawakians, according to Abang Johari, are small oil and gas reserves that have been exploited and which big oil companies like Shell or Petronas were not interested in tapping further.

“Sarawak wants to continue taking the ‘tekih tekih minyak’ in order to obtain the experience to go for bigger reserves in Sarawak waters. We are going to have Sarawak companies that are well equipped to go to the marginal fields,” he said.

“This is one of the new

approaches in the oil and gas industry but I will not abandon Tok Nan’s (Datuk Patinggi Tan Sri Adenan Satem) mission to continue pursuing the 20 per cent hike in oil royalty in a practical manner,” he added.

With the price of oil hovering between USD40 and USD45 per barrel, it would be hard for Petronas to grant the 20 per cent oil royalty at the moment, Abang Johari noted.

“But I’ve told (prime minister) Datuk (Seri) Najib (Tun Razak) and the top management of Petronas to give us in lieu if they can’t give us the 20 per cent because there’s a lot of work in the upstream and downstream of the oil and gas sector,” he said.

“Sarawak would like to position herself to actively participate in the upstream and downstream (of the oil and gas industry). So we want to see Carigali work with companies in Sarawak in these areas,” he added.

On another matter, Abang Johari pointed out that Sarawak has a stable environment and a united team that has allowed smooth transfer of power between leaders.

“I appreciate the trust and support from PBB (Parti Pesaka Bumiputera Bersatu) and all BN (Barisan Nasional) leaders for their confidence in making me the new captain to lead Team Adenan,” he said.

“The team has been retained…the players are the same with a different captain. We will continue to pursue policies laid down by Tok Nan, perhaps making a few adjustments as deemed fit to the challenging environment,” he elaborated.

With oil and gas still abundant in the state especially in the Baram area, Abang Johari had suggested to develop Bintulu into a gas hub.

“We have proposed this to the federal government and particularly Petronas. If Pengerang in Johor was made the refinery hub, we want Sarawak to be the gas hub. We will pursue it in collaboration with Petronas,” he said.

“This project will involve derivative and production of gas to the downstream activities to be sited in Bintulu because it is only natural with the environment there coupled with the basic infrastructure ready,” he added.

On Sarawak’s future, Abang Johari emphasised the need to migrate from conventional and traditional economy to digital economy by focusing on the niche sectors including oil and gas.

“This way, we will create more opportunities for our young graduates with the expertise to go for professional areas instead of involving in semi-skilled industries,” he said.

“As such, we have been calling international experts to give us inputs for us to formulate our policy towards a digital economy. We want to provide employment that can make use of the talents and skills of the IT literate,” he added.

On OceanMight’s achievement, Abang Johari commended that they have demonstrated the fact that companies in Sarawak can comply with and meet international standards.