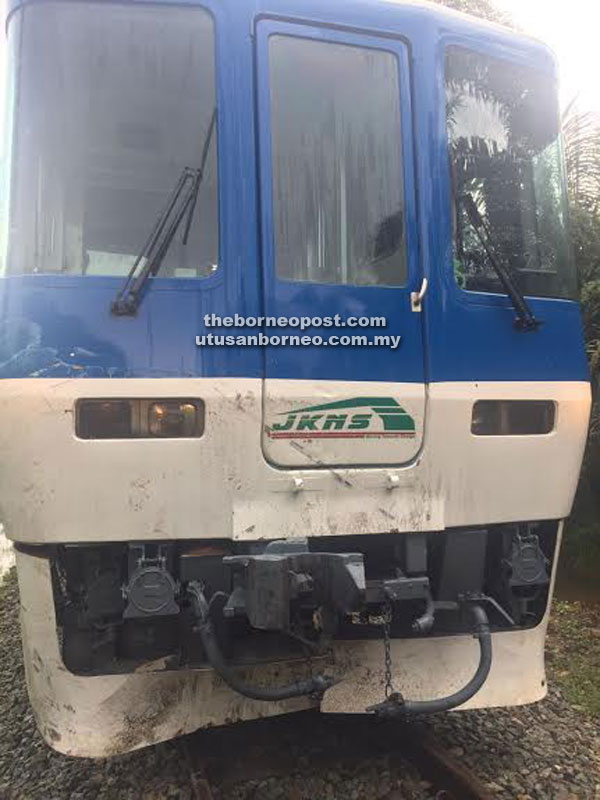 The train that was involved in the accident at Kampung Memanjang in Beaufort yesterday. 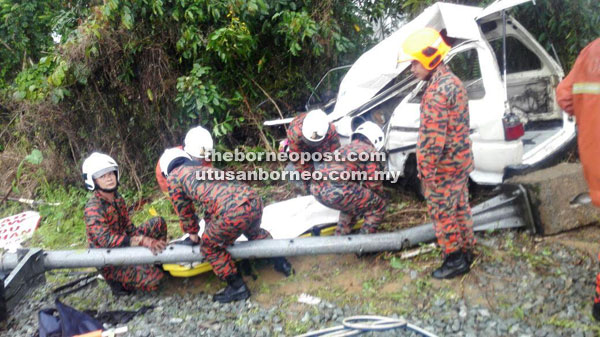 Fire and Rescue personnel extricating the victims from the van. 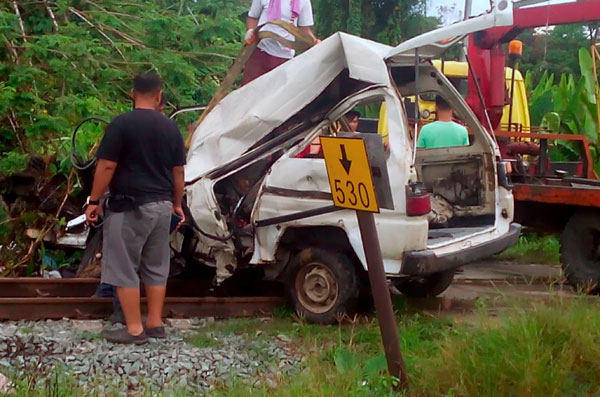 What’s left of the van that crashed into the train at Kampung Memanjang in Beaufort yesterday. — Bernama photo

BEAUFORT: Three family members were killed while four others are in critical condition after the van they were travelling in crashed into a train at Kampung Memanjang here yesterday.

Both Majinon and Noor Lela died at the scene while Lestary was pronounced dead at the district hospital.

District police chief DSP Azmir Abd Razak said initial police investigation revealed the family was on their way back to their village at Kampung Klias Baru from Beaufort town when the van crashed into the train that was on its way to Kota Kinabalu around 2.55pm.

“Police investigation revealed the van crossed a legal crossing but we believe the driver did not realise a train was approaching,” he said, adding that there was no railway gate or hut at the crossing.

Police are investigating the case under Section 279 of the Penal Code for rash driving or riding on a public way.

Beaufort Fire and Rescue Department chief Runzee Abd Thani said five victims were sent to hospital by passers-by while the van driver and a front-seat passenger had to be extricated from the wreckage of the vehicle by firemen.

The front-seat passenger and another female victim perished.

It was learnt that all 25 people on board the train were not hurt.