Sunday, October 17
You are at:Home»News»Sarawak»Two killed when car crashes into a tree 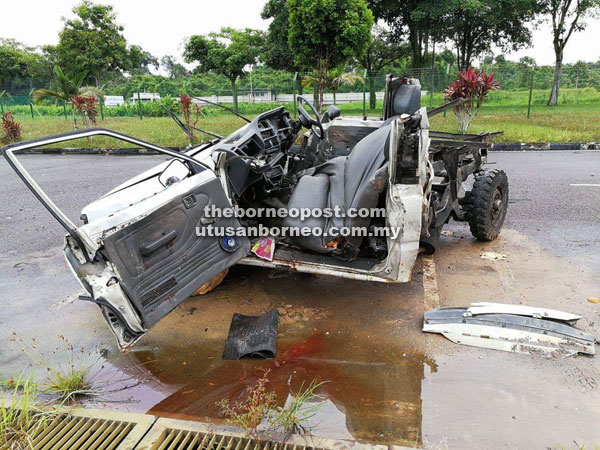 The condition of the car after the crash which was later taken to the Sungai Merah police station. 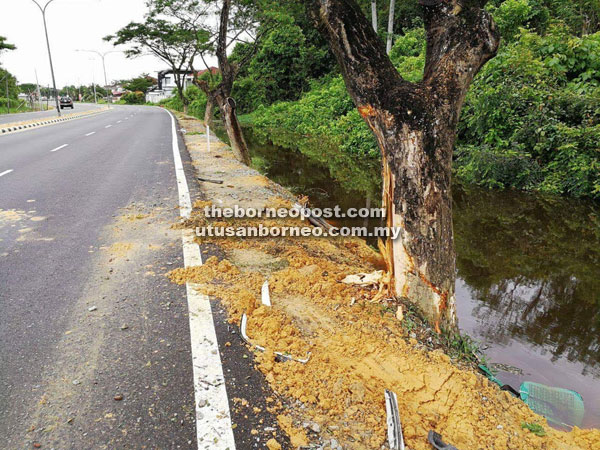 The tree that the car slammed into.

SIBU: A car was so badly damaged that it was almost reduced to a half-piece after it slammed onto a tree at Ling Kai Cheng Road about midnight Tuesday, killing its driver and the front seat passenger.

Both were working at Sibu Central Market, with Sia having just worked there for a fortnight.

Slippery wet road is believed to be the cause of the accident.

The car could have ended in the monsoon drain where the water level was high after the rainy days.

Before the tragedy at 11.50pm, Kong was sending goods to his stall at the market, and he was returning to his Sungai Merah home, with Sia as the driver. Both were pinned to their seats.

Rescuers from the Fire and Rescue Department were called to cut the car open to retrieve the bodies.

A medic team accompanying an ambulance confirmed both Kong and Sia died on the spot.

The police sent the remains to the hospital mortuary.