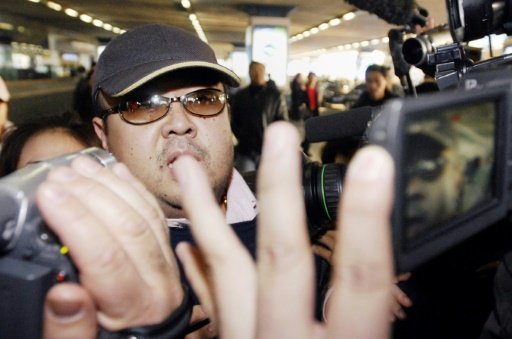 KUALA LUMPUR: Any public statement on Kim Chol’s murder by potential witnesses in the case will not only be in contempt of court, but can also affect proceedings of the case.

Lawyers and legal analysts opined that the media should also not prompt witnesses in the case to give statements because they are the people that should be protected pending the disposal of the case.

Kim Chol was at the KL International Airport 2 (klia2) to board a flight to Macau on Feb 13 when two women suddenly appeared before him and allegedly wiped his face with the palms of their hands which contained what was later identified as VX nerve agent.

He reportedly sought help at a customer service counter at the airport and was rushed to the Putrajaya Hospital, but died on the way. He had come to Malaysia on Feb 6.

On March 1, two foreign women — Indonesian national Siti Aisyah, 25, and a Vietnamese citizen, Doan Thi Huong, 28, — were charged in the Sepang Magistrate’s Court with the murder of the North Korean man.

They were charged with four other people still at large with the murder of Kim Chol, 45, at the klia2 departure hall at about 9am on Feb 13.

In the proceeding, Sessions Court Judge Harith Sham Mohamed Yasin, who sat as a magistrate, allowed an application by lawyer Gooi Soon Seng, representing Siti Aisyah, for a gag order to restrain the police and any potential witnesses from making press statements which could incriminate his client or compromise her right to a fair trial.

Lawyer Mohd Faizi Che Abu, when asked on the matter, said the police or any individuals who issued press statements in connection with the case could be considered as violating the court order.

The individual concerned would be issued with a show cause by the court if there is such a request from the counsel involved of the prosecution, he said.

He said the person concerned would be given the opportunity to explain his/her statement.

“If the person can explain and convince the court that the statement does not tantamount to disclosing of information on the facts of the incident, then the person will be released.

“But, if the court is satisfied that the statement tantamounts to disclosure of confidential facts, such as the names of witnesses, there is big possibility the person will be held in contempt of court and sentenced to either fine or imprisonment,” he told Bernama.

Mohd Faizi said statements by witnesses or police outside the court would be accepted as evidence in the case and they were not made under oath.

Meanwhile, a law expert, Professor Mohd Azizuddin Mohd Sani, of Universiti Utara Malaysia, said the gag-order by the court should be observed so as not to complicate the situation.

“This is a high profile case which has gained world attention,” he added. – Bernama

Previous ArticleN. Korea hits out at US over potential terror listing
Next Article Ceiling price for fuel to be announced weekly from April