Thursday, February 2
You are at:Home»News»Sarawak»BPIEF 2017 speakers share passion for success
For the freshest news, join The Borneo Post's Telegram Channel and The Borneo Post on Newswav. 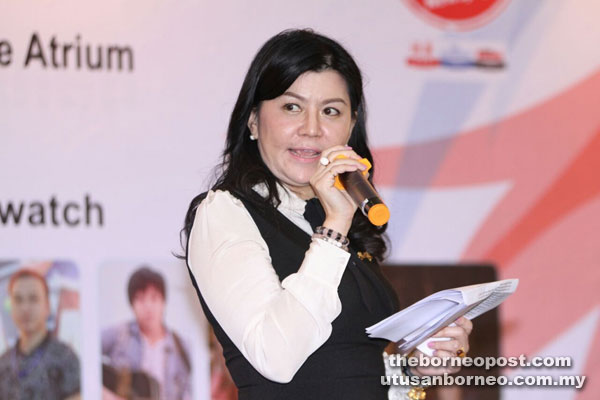 Jackie Barahim — Photos by Chimon Upon 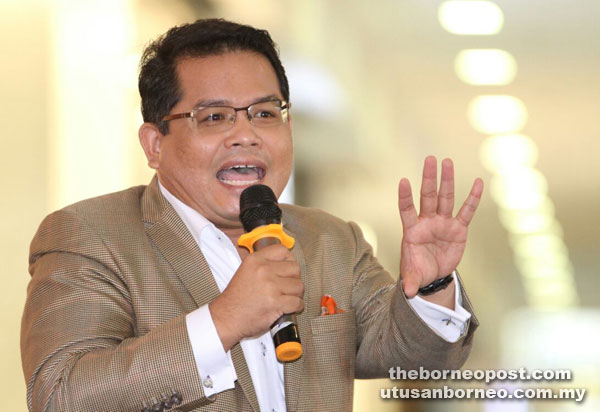 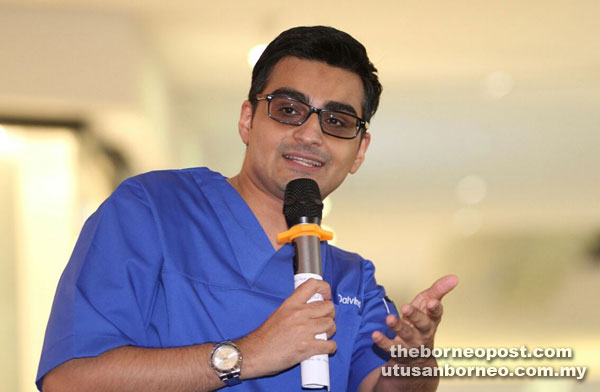 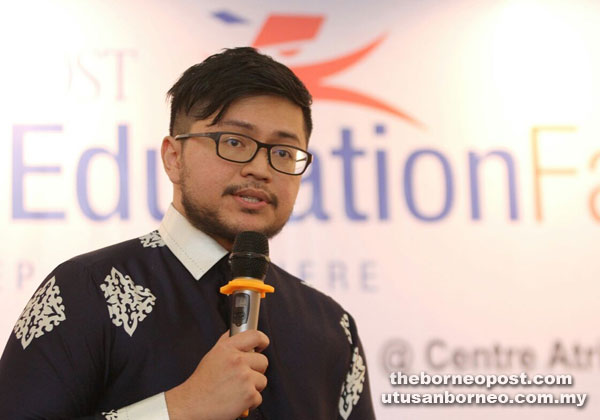 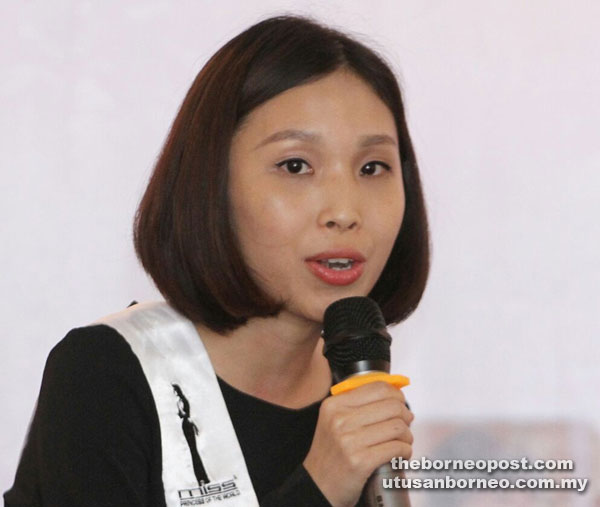 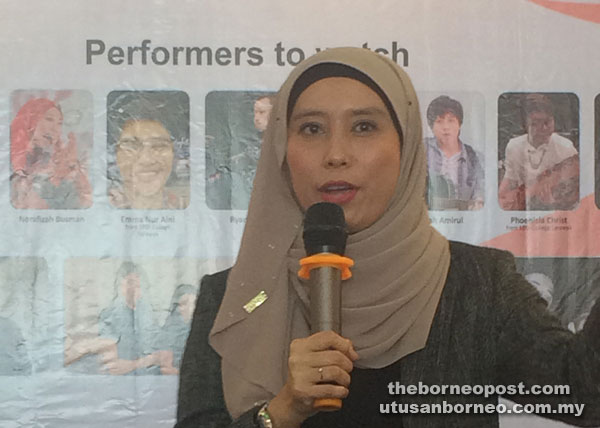 KUCHING: The speakers who graced the stage at the Borneo Post International Education Fair (BPIEF) 2017 yesterday came from varied backgrounds and a spectrum of expertise.

The one thing they have in common is passion, a necessary element that drives them to succeed in their respective pursuits and brought them to the BPIEF stage at the Centre Atrium of Vivacity Megamall.

They had some sound advice about dreaming big but still pay the bills, and tapping into one’s own special ability “that you can turn into your life’s work”.

Or as Jackie Barahim put forward in her talk, one can create a better version of oneself by simply looking at “your current life from a different perspective”.

Jackie wears many hats including as fashion stylist, entrepreneur, professional model and a qualified trainer. Her story reaches out to people who are well into their family situation, and not just to students trying to figure out who will foot their tuition fees for the next four to six years.

After years as a fulltime housewife and mother, Jackie realised that she needed to be more.

“In 2015, I decided to do something for myself. As a woman, I want to have my own security because if something goes wrong, I can still stand strong,” she said.

So she opened a bridal boutique. This soon led to her expanding her repertoire into fashion modelling, choreographing for runway, and training. Under her academy ‘The Making of a Woman’, she guides her clients through the art of beauty, image and etiquette.

“You’ll feel good when you know how to make yourself a better person. Try to see something from a new perspective, instead of moulding life around what you have. It would take a lot of work, but not impossible.”

For those who enjoy looking at a different set of figures, Salihin Abang of Salihin Chartered Accountants talked about how hard it was for Sarawakians wanting to do business in Peninsular Malaysia because it was hard to “trust your account books to people who allegedly live on trees”.

Nonetheless, it didn’t stop Salihin from being the youngest person to get an auditor licence at 28, nor his company from becoming the largest Bumiputera firm in Malaysia today.

“We are a Teaching Accountancy Firm (TAF), the first in the world,” he said, explaining that much like a teaching hospital, they show graduates what real working life in their field is all about, playing the bridge between theory and practice.

Salihin also talked about their accounting software that takes into account zakat and wakaf payments.

As to why students should consider accountancy, he offered this little insight: “Accountants become CEOs. If you look at all the big CEOs, they all come from an accountancy background.”

Syerifah Farah Wan Taha was instantly recognisable when she started speaking because there’s a good chance many people had heard her voice on radio or emceeing events.

As a REDfm English Radio Television Malaysia Sarawak (RTM Kuching) radio announcer and producer, she had the opportunity to meet many people and host many high-profile events.

“I started from radio and developed myself from there. I am thankful to RTM for this opportunity.”

Dr Esther Michael, who came to speak about ‘Turning Your Dream into Career’, had many dreams, including being a beauty queen, which seemed like a leap from being a doctor.

She managed both by taking three cycles of her studies all at the same time, which meant she was in class with almost no break, just so she could take a month off to focus on beauty pageants.

“I wanted to become a doctor, I wanted to help people, and I wanted to be a beauty queen,” she said, adding that true passions are things that get one up in the morning, and keep one awake and working on it at night while asking whether it is realistic.

“If you have a dream or passion, think of one that is realistic. You can dream about anything, but can you turn it into a passion? Can it pay the bills? Can it be accepted in the job market?” said Dr Esther, who graduated with honours from the First Moscow State Medical University.

Dr Esther’s husband Dr Dalvinder Singh had much of the same down-to-earth advice about what to do with the rest of your life.

He said that we all have special gifts or a natural ability that we can tap into.

“Find what fits you. If you want to study medicine, think very carefully and know what it really involves,” he cautioned, pointing out that one shouldn’t make important career choices based on medical dramas on TV.

He confessed that he thought he was going to become a lawyer. Under pressure to boost his academic profile, a 16-year-old Dalvinder joined the Red Crescent Society, which was one of the least active clubs in school.

“On sports day, I was looking after the ice box and carrying the stretcher. When I went home, I felt fulfilled, like I made a difference. I got addicted. In Form Five, I realised that if I knew more, I could do more. So, medicine it was.”

For those who hear the job title ‘Diplomat’ and think of power suits and James Bond, Syed Nizamuddin Sayed Khassim was there to burst your bubbles.

As an assistant secretary in the Foreign Ministry, Syed Nizamuddin’s job is all about drafting minutes and summaries, and even organising events.

“If you’re not posted abroad, you are not a diplomat,” he said, explaining that diplomats do a myriad of things, including but not limited to being administrator, event manager, publisher, usher, driver, chef, and cultural representative.

Sometimes, duties include the unpleasant business of identifying bodies of Malaysians who died there.

In today’s world there are challenges that ignore geography such as ideology, belief systems, information/cyber, weather, environment, pandemic and diseases.

“An example is the haze. While we can say they can do what they want in their country, it also affects our country.”

He also highlighted the fact that diplomats posted in first world countries tend to be more visible.

“But we never talk about diplomats who get posted to third world countries. They dedicate their lives and their family’s lives to their jobs. Our diplomats’ lives are under threat in several countries.”