Friday, July 10
You are at:Home»News»Sarawak»Man arrested after smashing spree at two telco outlets 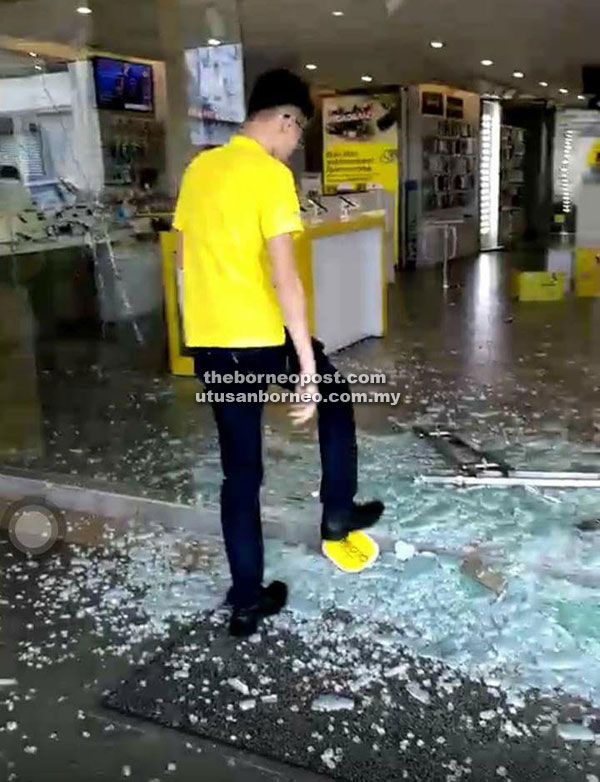 SIBU: Police have arrested the man believed to be the one who came to the two Digi service centres here early yesterday and smashed everything in sight.

According to police spokesman, they apprehended the man at his house in Belian Lane here around 5pm after receiving public tip-off.

Sibu police chief ACP Saiful Bahri confirmed the arrest, adding that the man is a pub worker and is 30 years old.

It is reported that he first went to the Digi outlet at Medan Mall, where witnesses saw him arrived on a motorcycle at 1.50pm. Armed with a golf club, he went to the shop and smashed everything in it before leaving in haste.

He then went to the next Digi outlet at Keranji Road, where the staff members saw him park a black car near a coffee shop.

He then came in and smashed the glass wall and the counter that housed mobile phones and devices, also with a golf club.

At least three mobile phones were damaged in the incident.

A representative of the Digi office here immediately lodged a police report.

It is learned that the closed-circuit television (CCTV) camera at both outlets had captured the incidents and the footage showed the same man.

The motive of his attack, however, is unclear. The man remains in police detention, pending further investigation into the case.

Meanwhile, a spokesperson of Digi Telecommunications Sdn Bhd in Kuching released a statement saying that the incidents at its two outlets here occurred between 1.45pm and 2.15pm.

“Both our Digi Store and Digi Store Express in Sibu were vandalised. We have secured the premises and confirmed that no employees or customers were hurt in these incidents.