Wednesday, January 22
You are at:Home»News»Sarawak»Wooden house gutted in Lawas 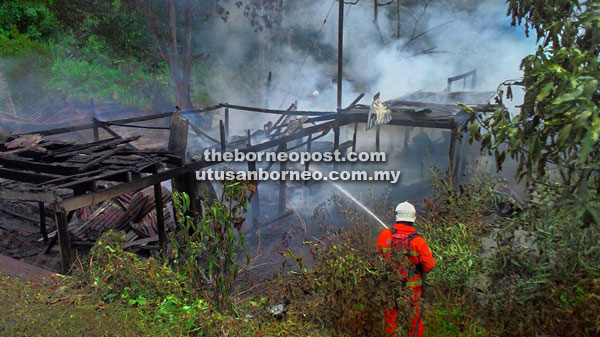 Firemen dousing the remaining flames at the site.

According to the Fire and Rescue Department here, the fire occurred at Kampung Masjid Baru along Jalan Merapok –32km from the district fire station.

An SOS call was received at 1.05pm and team of eight firemen on board three vehicles were rushed to the scene.

Arriving half an hour later, the fire was brought under control within 15 minutes and put out at 2.15pm.

The 44-year-old sole resident of the house escaped unscathed in the incident.