Monday, January 24
You are at:Home»News»Sarawak»Only those with proven record will be selected – Dr Sim 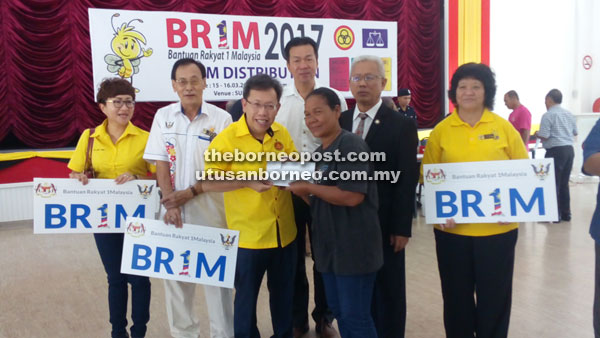 KUCHING: Sarawak United People’s Party (SUPP) will only select those who have proven they can perform consistently to stand as candidates.

Its president Datuk Dr Sim Kui Hian said the party was not interested in superficial individuals who only seek publicity.

“They must not just appear for cameras at functions and then disappear. We will choose the best from the ground,” he told reporters yesterday.

“The candidate list has not been finalised. We have to see their performance first. It is never easy for anybody. Everyone has to work very hard.”

Dr Sim was responding to questions of whether SUPP would have any candidate issues in United People’s Party (UPP) areas during the upcoming parliamentary election.

He called on the people to give SUPP a chance by looking at what was being done in Batu Kawah.

“This is only my first year, there are many things to be done and we have various things coming up in the next few months.

“Many are in the process of tendering, and once tendered, we will announce the projects. For people with lands in Batu Kawah, do not sell them,” he said.

“This aid distribution ceremony is meant for those who do not have bank accounts. That is why we encourage them to start an account so they do not have to queue up, the money will be banked in directly.

“Those who have not received theirs can make appeals after April. Do not panic,” he said.

He also advised aid recipients to make good use of the money to help reduce their cost of living.

“Do not treat it as extra pocket money to be wasted. This is a targeted subsidy intended to help the people.

“I hope the money is not spent on cigarettes or lottery. It is meant to pay for daily expenses like food,” he said.

A total of 2,675 recipients from Padungan, Pending, Batu Lintang, Kota Sentosa and Batu Kawah are eligible to receive the aid.

Previous ArticleLee: Sarawak to focus on digital tourism
Next Article Working to revive direct flights between Kuching and Hong Kong