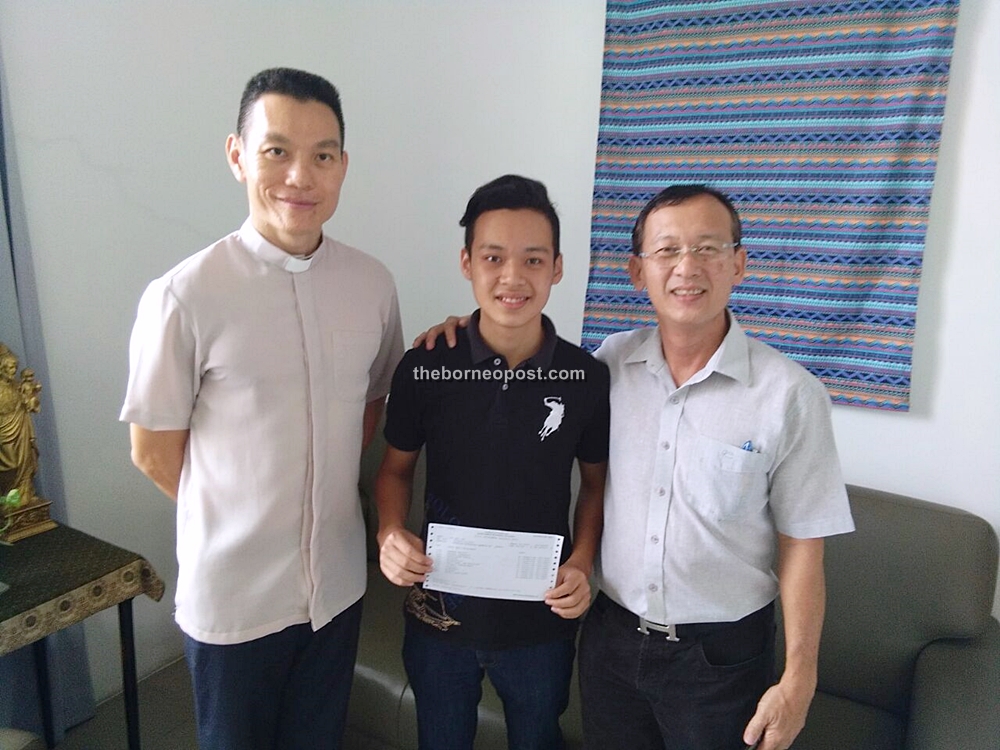 Father Francis (left) with Lau Sau Jee and his father after obtaining the results.

KUCHING: Two students from St Joseph’s Private School here who sat for the 2016 Sijil Pelajaran Malaysia (SPM) exams have scored straight A+’s in 10 subjects and 11 subjects when the results were announced today.

School principal Father Francis Lim, who revealed the news to The Borneo Post, was very happy with the results.

“Since the inception of the private school in 2012 we are very proud of our students achievements and the hard work of our staff in preparing them for this public examination,” he said.

“We will continue to provide the best education for our students and we always strives for excellence “he added.
Father Francis said a total of 99 students took the examination where 69 were in science stream and 30 in arts.