Friday, October 7
You are at:Home»News»Sarawak»Working to revive direct flights between Kuching and Hong Kong 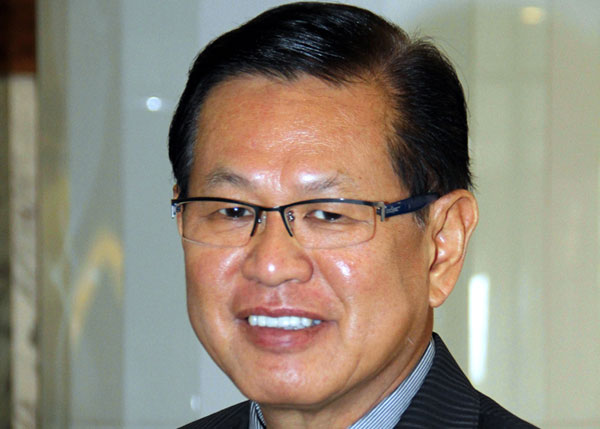 KUCHING: Ministry of Tourism, Arts and Culture is working to arrange seasonal flights between Kuching and Hong Kong (HK) following the cancellation of regular flights by Hong Kong Airlines (HKA).

The ministry was working with HKA on positioning Kuching as a transit point for the three points route.

He explained that flights between Kuching and Hong Kong operated by HKA were cancelled in February this year for commercial reasons and limited landing slots available at HKIA.

Sarawak Tourism Board and HKA signed an agreement on Jan 21, 2016.

“HKIA is a very busy airport. There are limited landing slots and the airport management wants to optimise

operations, so have to cut some flights with below 80 per cent passenger load.

“Long haul flights take up the slots. From last May to this February 2016, average passenger load for flights between Kuching and Hong Kong was 63 per cent. HKA not only cancelled these flights but also flights between Bangkok and China.

“Because of heavy traffic congestion at HKIA, the airport is receiving an average of 64 to 68 flights per hour during peak times. But we are still negotiating to operate seasonal flights.

Lee who is also Assistant Minister for Land and Air Transportation said Permanent Secretary for Ministry for Tourism, Arts and Culture Sarawak, Datu Ik Pahon Joyik; a general manager from Malaysia Airport; and he met HKA personnel in HK recently.

The state has been trying to promote tourism through direct flight connectivity between Kuching and overseas cities, but failed due to low passenger load.

Other airlines like Tiger Airways, Jetstar Asia Airways and Air Asia had made similar attempts but called them off at the end.