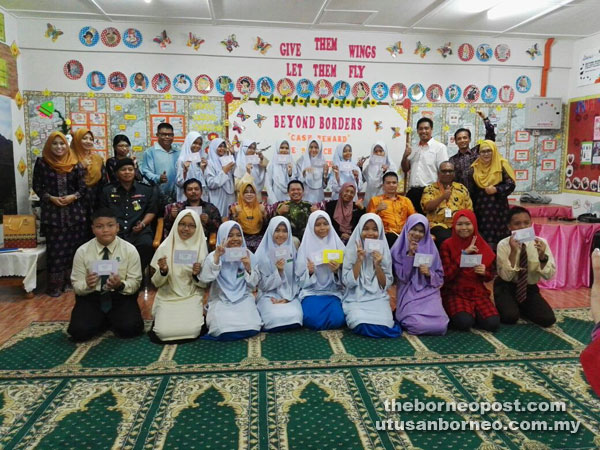 The award was handed over by Sandakan Airport manager Che Sulaiman Che Pa in a ceremony held at SK Merpati here on Friday.

SK Merpati was part of Malaysia Airports’ Beyond Borders school adoption programme with six other schools since 2013 and it has recently graduated from the programme.

The school showed significant improvement in the average pass rate for the English Language subject from 59% to 69% from 2013 to 2016.

Che Sulaiman also officiated SK Merpati’s newly built room, called the Beyond Borders. The room which took students and teachers two months to prepare comes equipped with information boards, a mini library and air-conditioner, providing a comfortable space for teaching and learning for the 1,010 students of the school.

“While the adoption programme for the school has ended, we are truly surprised by the continuous support and commitment given by the schools to strive for academic excellence for the children’s benefit,” Che Sulaiman said.

Malaysia Airports’ Beyond Borders programme is a nationwide school adoption programme aimed at elevating a healthy, competitive and creative academic standard by raising awareness on the importance of education in order to enhance self-esteem and English literacy among underprivileged children.

Since the implementation of the programme in 2007, more than 4,200 students from 29 schools nationwide have been actively involved and this year, three new schools will be adopted for the next three years.

In conjunction with Malaysia Airports’ 25th anniversary, it has extended its focus to provide assistance to 25 select secondary students via a special and inclusive leadership programme, namely the Beyond Borders High Flyers for a duration of five years.