Saturday, December 3
You are at:Home»World»Rare butterfly killer convicted in Britain 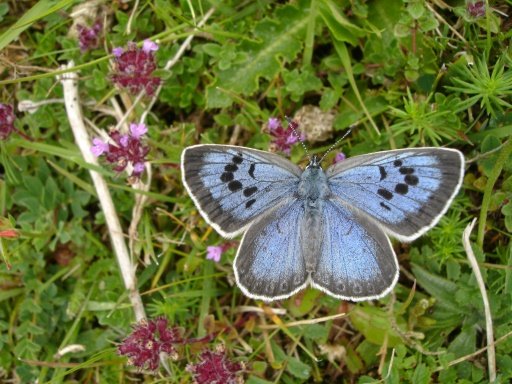 LONDON: A British man has been convicted of capturing and killing two of Britain’s rarest butterflies, the endangered Large Blues, which have been a prized collector’s item since the Victorian era.

Judges at the court in the southwest city of Bristol late on Thursday found 57-year-old Philip Cullen guilty of killing the Large Blues, which have protected status, and he faces a possible prison sentence to be decided next month.

“It is a unique case. There has never been a prosecution in terms of capturing and killing in the past,” prosecutor Kevin Withey told the court.

Conservation volunteers had spotted Cullen trapping Large Blues with a small net in two protected areas in Gloucestershire and Somerset in southwest England.

Police then raided his home in Bristol in February last year and found 30 trays of dead moths and butterflies, including the Large Blues in question.

Investigators discovered that Cullen was selling the butterflies on eBay while he claimed he had bought the Large Blues in his possession from a French farm.

First discovered in Britain in 1795, Large Blues had disappeared from the country by 1979. They were re-introduced from Sweden in 1983 at a dozen sites.

Butterfly Conservation, a non-governmental group, said there was a black market for mounted Large Blues mocked up to look like Victorian-era specimens that could sell for up to £300 (345 euros, $371) each. -AFP