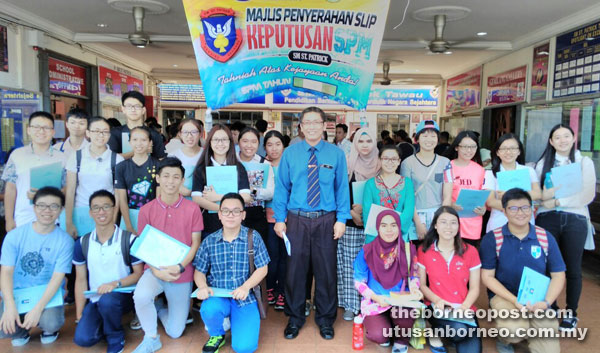 However, he said the school had ten straight A students which made the school among the top in the district.

Top student Wong Ai Vui when met said she was very happy and satisfied with her result when she found out that she had obtained 6A+ and 3A-.

The daughter of a contractor and housewife, she said she prepared as early as possible for her exams and did all her homework and exercises given by the teachers.

Wong said she used her time wisely and to relax, she watched  television and spent time with friends.