Saturday, July 31
You are at:Home»Sports»Football»Time for Crocs to recoup for a rejuvenated run 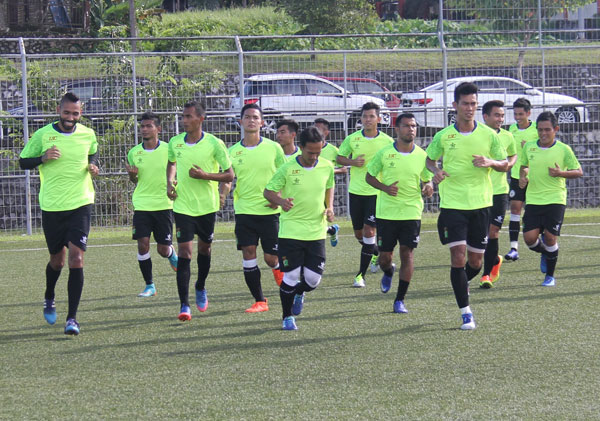 Sarawak players undergoing training at Stadium Negeri in preparation for the FA Cup against Terengganu on April 1.

KUCHING: Sarawak will be taking full advantage of a long break of the Super League  to rectify their weaknesses for a full gallop into the rest of the season.

Sarawak will next play Terengganu in the last eight of the FA Cup at Sultan Mizam Zainal Abidin Stadium on April 1. The squad are having a three-day holiday starting Thursday and will resume training next week.

Head coach David Usop said he has no special programme during the rest period but will be focusing on restoring the confidence of his players. With Sarawak now languishing in second last place of the league standings, David feels more drastic measures needed to raise morale.

“Our qualification to the quarterfinals of the FA Cup  has somehow lifted the players’ morale and restored their confidence after a disappointing early run of the Super League campaign,” he said.

David added that the main focus now is to sharpen up on attacks and set-pieces, to which he can afford a sigh of relief with three key players back in for the coming matches. “Hairol Mokthar is back after serving the suspension and our defence will certainly be strengthened with him back in,” said David.

According to him, Ronny Harun, Tommy Mawat and Nur Shamie Iszuan Amin will not be with the team as they are in the national teams preparing for the Asia Cup and SEA Games.