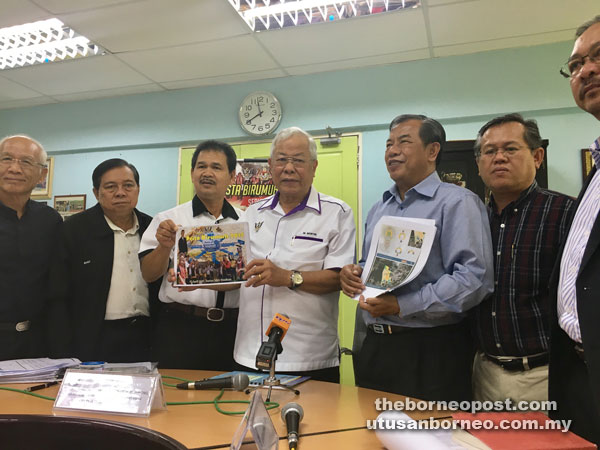 SERIAN: About 10,000 people are expected to converge on Serian Sports Complex this April 1 for Pesta Birumuh (Harvest Festival), where Chief Minister Datuk Amar Abang Johari Tun Openg will officiate at the opening ceremony.

Minister of Youth, Sports and Solidarity Dato Sri Michael Manyin said this year’s festival would be the fourth edition since the inaugural event in 2009.

“The (coming) festival also coincides with YB Abang Johari’s first official visit to Serian since his appointment as chief minister,” Manyin told a press conference on the festival after the meeting of the organising committee at the District and Resident’s Office here yesterday.

Manyin, who is Tebedu assemblyman, said a crowd of about 10,000 comprising 8,000 spectators and 1,500 participants of the cultural parade is expected.

He said Pesta Birumuh was not confined only to the Bidayuhs, who make up the majority of the population in the division, but also involved other communities such as the Malays, the Ibans and the Chinese.

“Just like in the previous Pesta Birumuhs, this will also be a colourful event where the participants will be wearing their respective cultural costumes,” he said.

Jonathan said yesterday’s meeting was the fourth and final meeting of the committee.

He also said a full rehearsal would be held on  March 31 to ensure smooth running of the event.

“We are ready for the big day,” he said.

Previous ArticleSerian to have new look in next two, three years
Next Article Police report filed against extra parking spaces