Monday, February 6
You are at:Home»World»Mexican president says seeking ‘new relationship’ with US
For the freshest news, join The Borneo Post's Telegram Channel and The Borneo Post on Newswav. 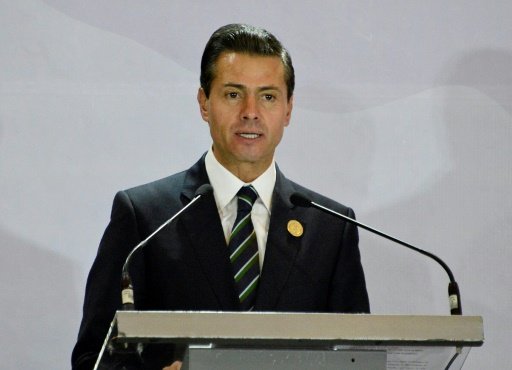 SAN JOSÉ: Mexican President Enrique Pena Nieto said Wednesday his government is working on “a new relationship” with the US and thanked Latin Americans for support as Mexico faces “big challenges” with its northern neighbor.

His comments were made at the start of a one-day summit in Costa Rica’s capital gathering leaders from Mexico, Central America and Colombia.

US President Donald Trump has vowed to renegotiate the North American Free Trade Agreement between the United States, Mexico and Canada.

Trump has also stepped up anti-immigration policies affecting Latin Americans, and is moving forward with a commitment to build a wall along the US-Mexico border.

Pena Nieto thanked his counterparts for “the displays of solidarity and trust they have shown Mexico in these recent months as Mexico faces very big challenges in building a new relationship with the United States government.”

The Mexican president did not go into details about the state of play between his country and the US.

But relations are at their lowest point in years.

Mexico sends 80 percent of its exports to the United States, with which it has a $60 billion trade surplus.

Trump has asserted that NAFTA is costing US manufacturing jobs and he is promoting protectionist policies, including consideration of a border adjustment tax on imports.

Mexico is said to be weighing cuts in the $2.3 billion in corn it imports from the United States if NAFTA negotiations go sour.

Pena Nieto told the summit: “We are sure that we are going to be able to reach an understanding that will be positive for both our nations.”

He said he would keep the countries represented at the summit informed of aspects of its talks with the US that would affect them.

The summit, begun in the Mexican town of Tuxtla 26 years ago, was a regular event taking place every couple of years and aimed at bolstering cooperation over regional infrastructure, energy, health and environmental issues.

But this year the main issues weaving through speeches and discussions were US policies under Trump.