Wednesday, January 29
You are at:Home»News»Sarawak»Chicken wings unearthed at Bukit Aup 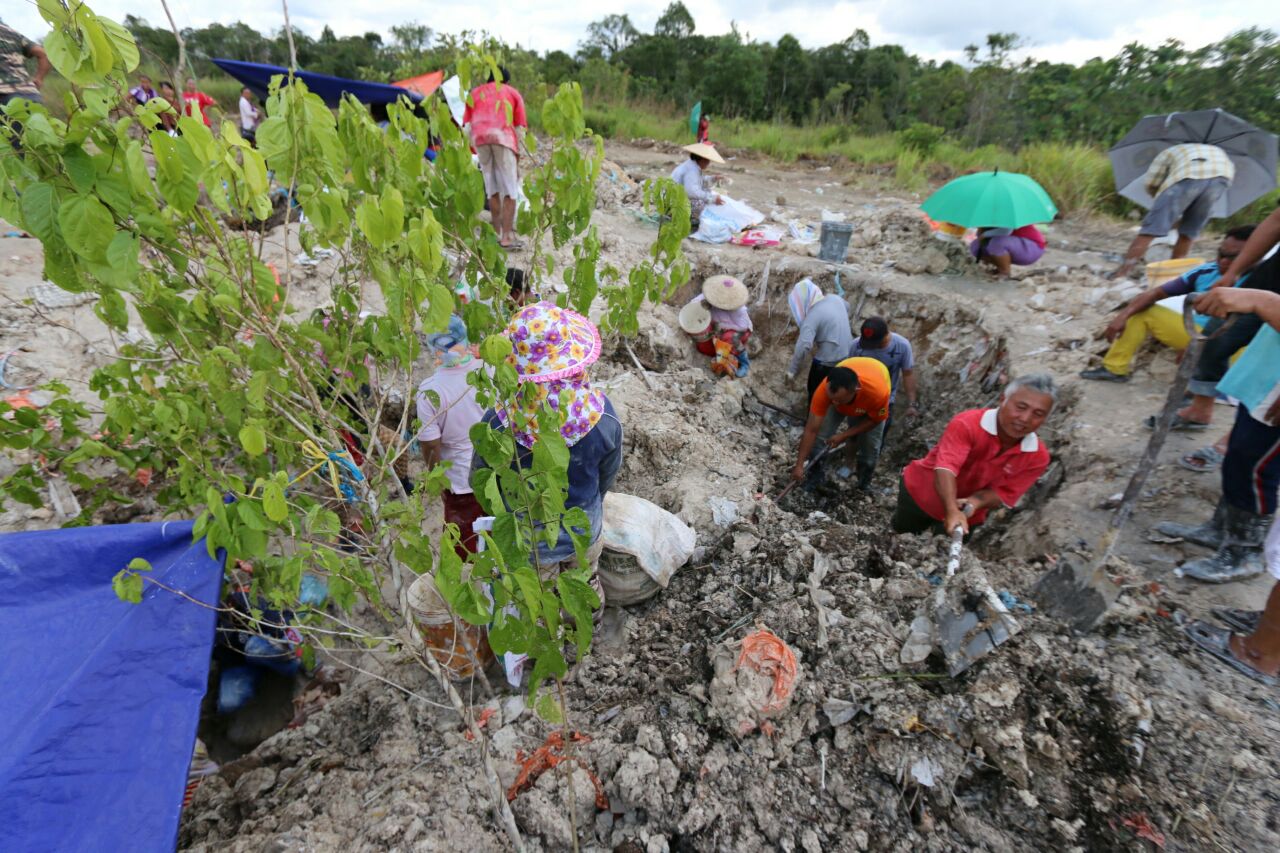 People are seen digging at the site. Photo by Jane Moh

SIBU: Dozens of villagers were believed to be digging for chicken wings near Bukit Aup area on Tuesday.

It was believed that the villagers knew about the chicken wings buried few feet in the ground since last Friday.

One of the villagers who was met by The Borneo Post at the site said he got the news about the chicken wings from his friends.

“I came here because my friend told me about it. Yes, there are chicken wings here, some are even frozen, ” he said.

The company purported to have dumped the chicken wings could not be contacted for details.

Photographs taken by a certain individual showed that the people who dumped the parts were apparently workers of the company. These photographs had gone viral in Whatsapp groups.

There was also rumour that it was the Royal Customs Department who dumped the chicken wings. The department has clarified it had nothing to do with it.

A villager who spoke on condition of anonymity, claimed to have seen a few container trucks arriving at the site last Friday.

He believed the chicken wings were imported from New Zealand.

Meanwhile, there were people going door-to-door to sell chicken wings at RM7 per kilogramme in Kampung Jeriah recently. This has also come out in social media.

Another photo from Whatsapp.

People are digging for chicken wings at Bukit Aup. – Photo by Jane Moh

It was not known where the chicken wings were from.

Malaysian Medical Association Sibu advisor Dr Hu Chang Hock when asked to comment, said it was better that the villagers stayed away from the site.

He said the chicken wings could have been buried for legality reason, or the parts might have been contaminated.

A chicken wing dealer advised the public against consuming the buried chicken wings, saying the proper procedure of burying food was to spray chemical on it first before burying it.

“If chemical had been sprayed, it is unsafe for consumption,” he added.

The dealer, who did not want to be named to speak to The Borneo Post, said he feared the chicken wings would end up in the market.

“Some villagers may sell them to vendors,” he explained.

Sibu Resident Hii Chang Kee, meanwhile, has instructed officers from the Sibu Municipal Council to check it out.

“We have mobilised the relevant authorities to investigate and take necessary measures to prevent any untoward outcome.

“Those who have the chicken wings in hand are advised not to consume them for health reasons,” he said.