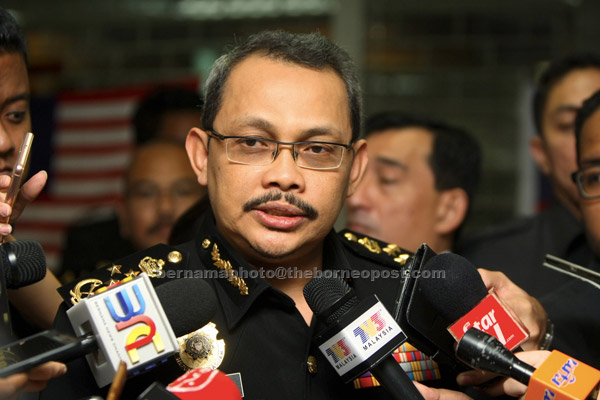 KUALA LUMPUR: Malaysian Anti-Corruption Commission (MACC) chief commissioner Datuk Dzulkifli Ahmad’s chilling warning to corrupt politicians, “…. I just have one thing to say to you … just wait,” is probably still ringing clearly in the ears of many.

He issued the warning in January, immediately after the anti-graft agency went into overdrive last year, making a series of arrests involving high-ranking civil servants and senior officials of government-linked companies (GLCs).

While the MACC’s swoop on corruption and abuse of power in the civil service and GLCs is laudable, there is talk at coffee shops and social media platforms that it is only going after the ‘ikan bilis’ (small fries) while the ‘sharks are still on the loose’.

This is the public perception that the MACC has to correct, said dean of Universiti Teknologi Mara’s (UiTM) Faculty of Law Associate Prof Dr Haidar Dziyauddin.

“The gravity of a case involving corruption or abuse of power is not measured by the value of the bribe or kickbacks; it is the very act (of accepting bribes) that has to be put to a stop, whether it takes place among politicians, uniformed personnel, contractors, civil servants or others,” he told Bernama during a recent interview.

He said bribery was akin to committing treason as it can hamper the inflow of foreign investments and paralyse the nation’s economic growth and development. Political instability and bureaucratic issues in a nation can contribute to an unconducive ecosystem which, he added, would compel foreign businesses to take their investments elsewhere.

“This will affect our nation’s development,” he said, adding that the MACC’s recent spate of arrests that were widely reported by the media and viralled by social media has instilled fear into civil servants and GLC managements because they realise that their corrupt dealings would not only land them in trouble but their families as well.

Describing allegations that the MACC was only ‘netting the small fry’ as unfair, Haidar said the commission could only make an arrest if it had enough evidence to support its action.

“When a suspect gets off scot-free because it does not have enough evidence to arrest him, people will say all kinds of things about MACC. One cannot expect the commission to take care of all the corruption cases in Malaysia as it faces many constraints, especially a shortage of staff and enforcement officers.

“It’s for this reason that the public must come forward with tip-offs on corruption and abuse of power to stop this culture from becoming a cancer of the society,” he said.

According to Haidar, in order to enhance public confidence on its graft-busting capabilities, MACC should be given the freedom to act without fear or favour and handle its cases without any ‘outside’ interference.

He said although the MACC was far more independent than its predecessor the Anti-Corruption Agency (ACA) – which was a department in the Prime Minister’s Department – there was still room for improvement.

The Malaysian Anti-Corruption Commission (MACC) Act 2009, which came into effect in January 2009, led to the official establishment of the MACC as an ‘independent, transparent and professional’ body to effectively and efficiently manage the nation’s anti-corruption efforts.

Haidar said as a commission, MACC should be made answerable only to Parliament and not any other party.

“Only this (being answerable to Parliament) will restore the people’s trust in MACC… and all the limitations it (now) faces will be removed too.”

A lecturer at Universiti Utara Malaysia’s (UUM) Centre for Government, Law and International Studies, Associate Prof Ahmad Martadha Mohamed, concurred with Haidar, saying that the time has now come for MACC to assert its independence by reporting to Parliament.

“I think it should only report to Parliament, instead of the various panels that monitor the functions of the MACC,” he said, acknowledging however that in terms of its anti-graft efforts, the MACC has been making improvements since its establishment as a commission.

“But it has to refer to the panels each time it wants to make improvements. These panels formulate its policies, etc. By right MACC should be made to operate within a larger framework.”

Ahmad Martadha said the panel members were appointed by the Yang di-Pertuan Agong on the advice of the government. As such, he added, to enhance its integrity, the MACC should be made to report to Parliament.

The MACC currently has five panels – Anti-Corruption Advisory Board, Special Committee on Corruption, Complaints Committee, Operations Review Panel, and Consultation and Corruption Prevention Panel – to monitor the commission and ensure that it functions efficiently, effectively, independently, professionally and transparently.

On whether the MACC

Act should be amended to introduce heavier penalties for acts of corruption and abuse of power, UiTM’s Haidar said there was no need to do so as he found the existing punishment adequate.

“Heavier penalties may not necessarily wipe out corruption,” he said, adding that although Section 39B of the Dangerous Drugs Act 1952 carried the death sentence for offenders, it has not succeeded in putting a full stop to drug trafficking.

“As for rape cases, the law provides for whipping but the offence is still being committed. Perhaps, those offenders who have been punished may not repeat the crime but the stringent penalty doesn’t seem to deter others from committing it,” he added.

Section 24 of the MACC Act provides for a maximum jail term of 20 years and a fine of not less than five times the value of bribe (or gratification) or RM10,000, whichever is higher, for offences related to corruption and abuse of power.

UUM’s Ahmad Martadha said although the existing penalty appeared adequate, ‘the current scenario suggests that it’s not prohibitive enough to deter the people from committing such acts’.

Recommending that the anti-corruption authorities put a more effective mechanism in place insofar as penalties were concerned, he said it might be a good idea to impose whipping, in addition to the existing punishment for offenders.

Probe individuals living beyond their means

In comparison, he added, Indonesia imposed heavier penalties, including whipping, for corruption, while in China convicted offenders can be sentenced to death.

“Of course, questions will arise as to whether the heavier penalties will help to eradicate corruption. This is because cases like rape and drug trafficking continue to take place although the offenders face stringent punishment.”

However, Ahmad Martadha felt that corruption should not be compared to the other crimes and, instead, be considered as a separate issue.

“If whipping is imposed, individuals will think twice before accepting bribes,” he said.

He also said similar to the power vested with the anti-graft authorities in Hong Kong, MACC should be empowered to probe individuals who are seemingly living beyond their means to determine their sources of wealth.

Haidar, meanwhile, said under the Anti-Money Laundering, Anti-Terrorism Financing and Proceeds of Unlawful Activities Act (AMLA) 2001, corruption suspects can have their assets frozen for 90 days (three months) or up to nine months if there are reasonable grounds to do so.

He said the move to freeze, seize and confiscate assets and properties of those who acquired them through corrupt practices would not only have an adverse effect on the offender but also those who abetted him and their families as well.

“Such drastic action is necessary to change this corruption culture. Just imagine how badly affected a family will be if their estates, bank accounts, credit cards and transactions are frozen, especially if they have been used to leading a luxurious lifestyle.

“However, the offender, his immediate family and the persons who were in cahoots with him will learn their lesson,” he added. — Bernama