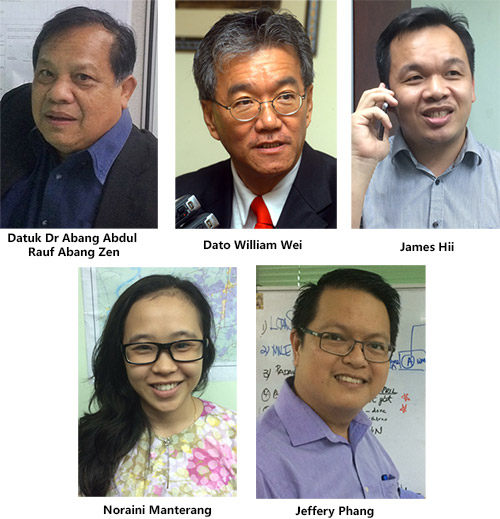 KUCHING: The establishment of Development Bank of Sarawak (DBOS) by the state government would augur well for the overall development of Sarawak.

For Sarawak Housing Development Corporation (HDC) chairman Datuk Dr Abang Abdul Rauf Abang Zen, he hoped that with the establishment of the bank, funds from the federal government could be ‘parked in it’ so that all projects could be implemented smoothly in Sarawak.

“He (Abang Johari) knows the mechanics of doing business and he knows the shortcomings of the present system. So the setting up of DBOS will assist his administration to implement policies slated for the good of the people.”

Miri-based architect Jeffery Phang believed that there should not be any fear of DBOS becoming a ‘flop’.

“Like any other banks, I’m sure it (DBOS) will impose stringent requirements in approving projects. After all, no bank wants to lose money – I am sure that it will be closely monitored by Bank Negara,” said Phang.

For account executive Noraini Manterang, the setting up of DBOS is a huge step towards greater autonomy for the state.

“DBOS will not only expedite our state’s development in all aspects, but it will also generate revenues by itself. So it is an excellent idea to have DBOS because it will further enhance the development of projects under four key sectors classified by DBOS. It is set to ensure smooth completion of projects. These projects are highly required to propel Sarawak towards its mission and uplift the living standard of its ‘rakyat’ (people),” she said.

Noraini said the setting up of DBOS would allow better control of the state’s finance; thereby, it would have the power of implementing the projects that would fit its requirements.

James Hii, a general manager of a real estate firm, opined that having state-owned banks like those in countries like the US, Germany, China and Sweden would further develop the state’s potentials.

“We can see this working well in USA such as the North Dakota Bank, which was founded in 1919. Now it operates more than US$300 million, over the just US$2 million capital when it was formed. It stood well and even made profits during the 2008 crisis,” he said.

Hii also hoped that DBOS could extend its services or loans to other sectors, especially housing and all pioneer-status developments.

“DBOS will earn interests – this will actually reduce the financing cost for mega projects, meaning that our development costs will also become lower,” he opined.

Property developer Dato William Wei pointed out that setting up DBOS would further transform the state as it would be able to finance projects in strategic sectors as spelt out by the state government.

“I am sure the management of DBOS will have zero-tolerance to corruption and cronyism. This, in the long run, will sustain the bank in serving its purpose,” he said.

Wei said with the establishment of DBOS, it would be able to propel the state further as it knew what needed to be done for the overall progress.

“But the most important thing is, with DBOS, we will have a financial autonomy which we can rely on.”

The establishment of DBOS was announced by Abang Johari on Tuesday to further enhance strategic projects focusing on key development sectors – ICT infrastructure, energy, urban public transportation and services such as healthcare and tourism.