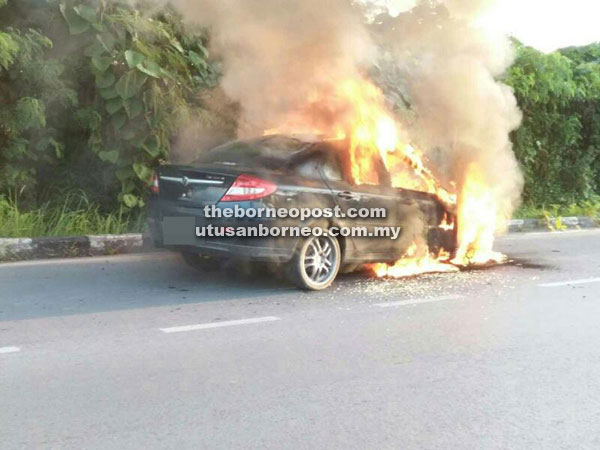 The flame completely engulfs the front section of the car.

MIRI: A man in his 40s escaped unhurt when the car he was driving caught fire near Pujut 7 at about 6.30am yesterday.

It is learnt that the victim, who was coming from Piasau and heading towards Pujut 7, saw smoke coming out from the car’s hood and immediately pulled over to check on it.

Soon after that, the car caught fire.

“We responded and dispatched an eight-member team on board one fire engine to the scene. They arrived at 6.40am and took nearly 30 minutes to put out the fire,” Terry said.

The fire had, however, destroyed the car.

The operation ended at 7.19am.