Tuesday, May 24
You are at:Home»World»Worley relishes need for speed in gold rush 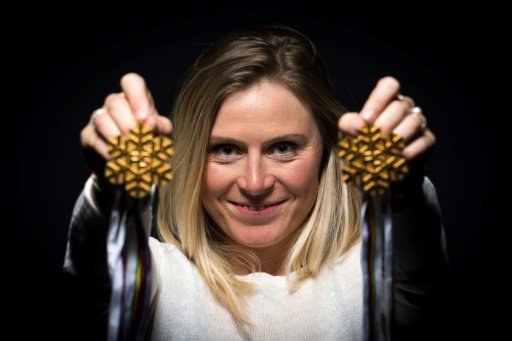 The 27-year-old, who has an Australian father and French mother, made a spectacular return from rupturing the cruciate anterior ligament in her right knee in a fall just three weeks before the 2014 Sochi Winter Olympics.

Worley won her first World Cup race in nearly three years in Killington, Vermont in November and went on to win the world title in St Moritz as well as the World Cup giant slalom title for the season.

“I don’t feel it was revenge. I think I really came to accept that I was injured that year and it just was not my year,” Worley told AFP in an interview.

“This injury also brought me some things and let me get to where I am this year. I made it despite the difficult moments and doubts. I succeeded and learned a lot from all that.”

Worley said her World Cup triumphs showed that she can compete on every kind of piste. But having conquered the supreme technical skills of the giant slalom, Worley feels she has to prove herself as a speed skier as well.

“I have made a lot of progress in Super-G. But there is still a new level to reach to get to the top step of the podium,” Worley said.

“It’s really very close and it will be a good direction to work on. It is clearly a different discipline but it is becoming very important,” said Worley, who has twice taken fifth place in Super-G World Cup races.

Worley is going on holiday to Thailand in May to recuperate before starting training for the new season that will be dominated by the Olympics in Pyeongchang in February.

“The last year really paid off and so it was worth the effort,” she said.

“And I hope I will have a good chance at the Olympics. It is not a question of revenge, I just want to take advantage of the wonderful experience of taking part. To get a medal would be superb.

“I will just try to prepare myself as best I can and enjoy the moment because injuries are part of our sport.” -AFP