Thursday, August 13
You are at:Home»News»Sarawak»Delgres to ring in Blues at Borneo Jazz festival May 12–13 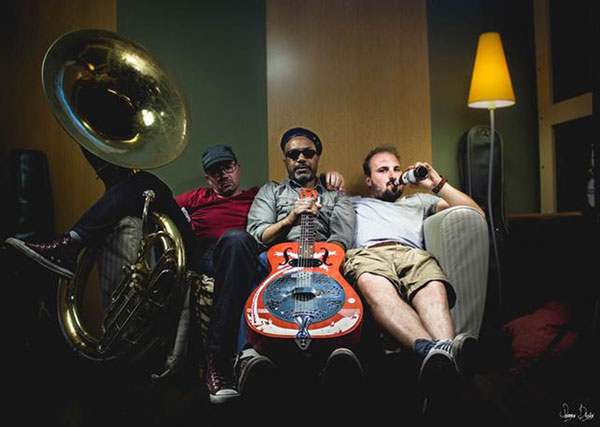 The three-man band Delgres from Guadeloupe and France.

KUCHING: A three-man band Delgres from Guadeloupe and France will be performing their Blues at the Borneo Jazz at ParkCity Everly, Miri on May 12 and 13.

Born in the Caribbean and raised in France, Pascal Danae discovered his love of Blues in his ancestral home of Guadeloupe, and in the painful but meaningful history behind the conception of the Blues genre.

Originating in Louisiana, United States during a turbulent time of post-slavery racism, the creation of Blues was a response from the descendants of African slaves and Afro-Caribbean exiles to their daily hardships, as well as their protest against discrimination.

The namesake of the band ‘Delgres’ is Louis Delgres, a Guadeloupian hero who fought against the re-establishment of slavery in 1802.

By mixing Guadeloupian beats and tunes with old Louisiana Blues, a connection has been made over oceans, creating a singular Blues experience of two lands sharing a common denominator, which is using music to lament injustice while rejoicing and advocating freedom.

Through his music, Pascal Danae seeks to fight oppression in the way that founders of Blues did, channelling the voices of his ancestors through a melancholic Dobro guitar accompanied by sousaphone and percussions, painting a picture in a time when hopelessness and hope came together.

This year marks the 12th edition of the festival and will feature international acts like Laila Biali from Canada and Osaka Monaurail from Japan, along with local legends such as Fluoroscent Collective featuring local violinist Nisa Addina and Michael Simon’s Asian Connection, featuring legendary pianist Michael Veerapen.

The Festival will be expanding its musical outreach programme, where aspiring musicians can learn the basics of Jazz Keyboard from professional musicians, by introducing additional classes for percussions.

The Festival includes night performances with sitting and dancing areas and a wide lawn for night picnics surrounded by arts, crafts and food stalls.

For additional information on the festival and festival tickets, visit www.jazzborneo.com.

Borneo Jazz is organised by Sarawak Tourism, endorsed by Tourism Malaysia and is jointly supported by the Ministry of Tourism, Arts and Culture, Sarawak and partnering with Malaysia Airlines as the presenting sponsor.