Monday, January 24
You are at:Home»News»Sarawak»Kindergarten, nursery operators told not to take safety lightly 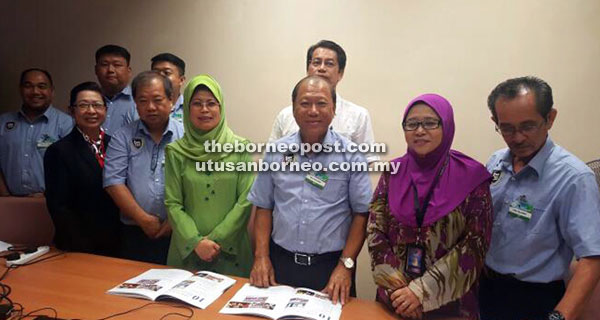 Fatimah (fourth right) in a photocall with the TM TEC delegation led by Song (third right). — Photo by Jeffrey Mostapa

KUCHING: Ministry of Welfare, Women and Community Wellbeing has advised that children’s safety should not to be taken lightly and that early precaution measures is essential and must be practised by all kindergarten and nursery operators in the state.

However, its minister, Datuk Fatimah Abdullah, said there had been no casualty recorded in these premises so far.

She noted that the state government always emphasised on children’s safety in kindergartens and nurseries to the operators prior to the registration of these premises.

“Till this moment, we can say that we have yet to hear any accident happening at our kindergartens and nurseries, but we cannot be complacent, we must learn from other people or other incidents that had occurred in other places. Pre-emptive measures should be implemented through education, changing of attitude and skills which then enable them to handle accidents, injuries and hazards.

“We must take early precautions in assuring our children’s safety whereby operators or teachers must be equipped with the knowledge and skills in addressing an emergency,” she said when receiving a courtesy call from TM TEC Academy Sdn Bhd led by its managing director Richard Song at her office here yesterday.

By registering their premises, Fatimah said operators would be given certificates from relevant agencies on standard operating procedures (SOP) and operating licence and certified as operators under the Welfare Department (JKM).

“This would somehow provide parents a sense of assurance in terms of their children’s safety. As such, under the department, operators would have to undergo various requirements, which include attending academic and safety courses,” she added.

Fatimah stressed that parents also play a vital role, urging them to take all aspects into consideration before sending their children to any kindergarten or nursery, which must be registered and has operating licence.

On a related matter, Fatimah said 20 nurseries would be registered this year under Key Performance Index (KPI) for the Early Childhood Development Council.

Starting from this year, a strict regulation would be introduced for kindergartens and nurseries to be registered to ensure the children’s safety, she added.