Thursday, February 2
You are at:Home»News»Sarawak»Eight finalists selected for Keligit Lunau pageant
For the freshest news, join The Borneo Post's Telegram Channel and The Borneo Post on Newswav. 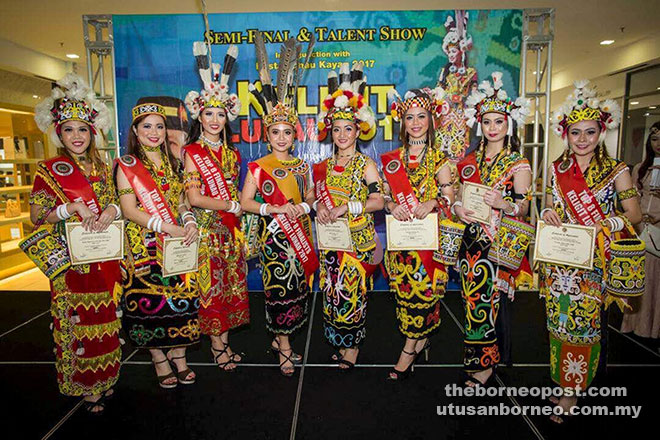 The eight Keligit Lunau finalists seen together after the semi-final event which was held at Vivacity Megamall recently.

KUCHING: The final round of the Keligit Lunau beauty contest will see eight women vie for the top prize of being crowned Miss Keligit Lunau next month.

She also revealed that the finalists were selected during the contest’s semi-final round held on April 22 at Vivacity Megamall.

The final round of the Keligit Lunau contest will be held at Imperial Hotel next month on May 15.

One of the eight finalists, Agatha, was also crowned Miss Talent during the event.

Balai Ringin assemblyman Snowdan Lawan who was invited to attend the semi-final round presented prizes to the finalists as well as Agatha for winning the Miss Talent subsidiary title.

The Sarawakian Kayan Lunau Festival was first introduced in 2014 by Kayan community leaders in the state with the main objective of preserving Kayan identity and culture.

Kayans in Sarawak celebrate the Lunau Festival to mark the harvest season.