Friday, September 24
You are at:Home»News»Sarawak»Illegal immigrants nabbed trying to enter state to trade in Serikin 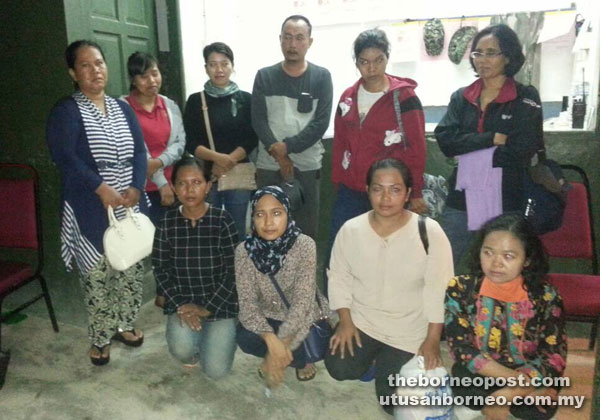 The detained immigrants caught trying to enter the country.

KUCHING: Ten illegal immigrants were detained at the border during an Ops AWAS operation by the 4th Regiment Royal Armored Corps on Tuesday.

Its commanding officer Lt. Col Mohd Nizam Masri said the immigrants had boarded a plane to Pontianak, Indonesia, before travelling by land to enter the country through the border with the help of an Indonesian agent.

“All individuals are Indonesian nationals from Central Java who had attempted to enter the country with the help of an agent who is also an Indonesian. They were detained during a road block at around 10pm.

“They came in from Kampung Jagoi Babang (in Indonesia) and they tried to enter through Serikin.

“The army quickly contacted the Serikin Immigration office to inform them of the matter,” he said in a statement yesterday, adding that all the individuals did not have valid travel documents.

Mohd Nizam revealed that one of the immigrants said their goal for entering the country was to trade at Serikin, near Bau.

They also claimed they had to pay the agent one million Rupiah in order for them to trade in Sarawak. Further investigation by the Immigration Department is ongoing.