Sunday, May 22
You are at:Home»News»Nation»Thai security agencies on high alert following report from M’sia 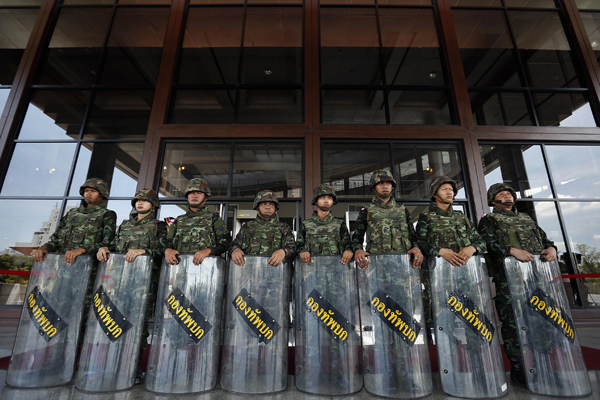 BANGKOK: Thai security agencies have been instructed to be on high alert and exercise close monitoring following a report that a Malaysian allegedly linked to the Daesh terrorist group had slipped into southern Thailand.

“He (Prawit) assigned the Army Region 4 and the Royal Thai Police to be on high alert and to monitor the situation closely,” he said, adding that Thailand had yet to be informed by Malaysia on the report about a Daesh-linked individual having crossed over into southern Thailand.

Kongcheep asked the people to trust the government and its security agencies in keeping the country safe from any threat.

He also said that one man from Rantau Panjang, Kelantan, evaded arrest and escaped into southern Thailand with a pistol and an M-4 Carbine assault rifle. – Bernama