Saturday, December 3
You are at:Home»World»Trump set to ease ban on political activity by churches 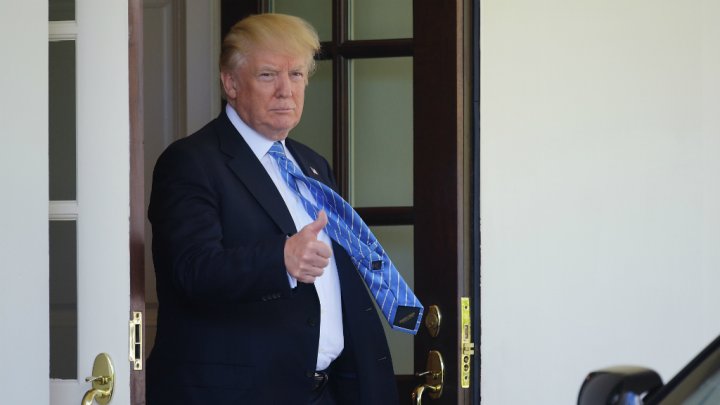 US President Donald Trump at the White House on May 3, 2017 in Washington, DC. AFP Photo

President Donald Trump will take executive action on Thursday to ease a ban on political activity by churches and other tax-exempt institutions as part of an order on religious liberties, a senior White House official said on Wednesday.

Trump’s executive order to mark the National Day of Prayer will also mandate regulatory relief to religious employers that object to contraception, such as Little Sisters of the Poor, the official said in a briefing.

The order does not include provisions to allow government agencies and businesses to deny services to gay people in the name of religious freedom, as was feared by some civil liberties and gay rights groups.

“This executive order isn’t about discrimination,” said the official, who spoke on condition of anonymity. “Anything currently illegal under current law would still be illegal.”

“It directs the IRS to exercise maximum enforcement discretion to alleviate the burden of the Johnson amendment which prohibits religious leaders from speaking about politics and candidate from the pulpit,” the official said.

Trump frequently complained about the 1954 law known as the Johnson amendment during his campaign for the presidency, bolstering his support among religious conservatives who contend it violates free speech and religious freedom rights.

Changing the law altogether would require action in the Republican-led U.S. Congress.

“And it provides regulatory relief for religious objectors to Obamacare’s burdensome preventive services mandate, which is a position supported by the Supreme Court decision in Hobby Lobby,” the official said.

In the case of Hobby Lobby, an arts and crafts retailer, the high court said certain employers could, on religious grounds, choose to not pay for employee contraception mandated under President Barack Obama’s signature healthcare law.

The Little Sisters of the Poor is a religious order that faced huge fines over its refusal to pay for contraception under Obamacare. – FRANCE24/Reuters