Sunday, August 9
You are at:Home»Features»Sixty years of dedicated service to mental health 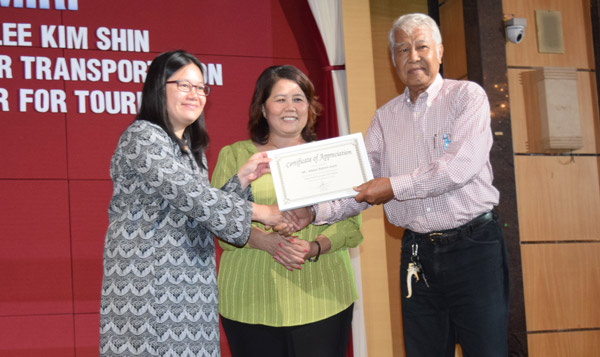 RAHIM Gani started working during the British colonial days when parents wished their children would just stay close to home and take whatever jobs were available.

He was born at Kampung Bandarsah in Kuching. After finishing Secondary 3 (Junior Cambridge), he had to drop out as his family was very poor like most people back then.

As he had to support his family and help his father, he joined the training course at Kuching Hospital, the only opening available to him at the time. He made the best of the opportunity to carve out a successful career for himself and a better future for his struggling family.

“In those days if we could give $20 to our family after all the deductions from our monthly salary, they would be very happy and shed tears of joy. Knowing this, I worked even harder to give them a decent life – at least making sure they wouldn’t go hungry. I needed that peace of mind to do a good and steady job at the hospital,” the 80-year-old told thesundaypost at the recent MHA charity dinner in Miri.

Rahim’s training course was conducted in English and his starting salary was 125 Straits Dollars.

“That was 60 years ago – not a bad salary in those days. If you ask me about other events and people, I am sorry, I am quite blur. But certain things are still clear in my mind,” the octogenarian said, almost apologetically.

Rahim remembers those were really difficult times for the doctors, nurses, medical attendants as well as the patients.

“Seven miles is a long distance if you only had an old bicycle or had to take a slow old bus. Most of the patients from the ulu walked to the hospital to seek treatment. Even the drive to the hospital by Land Rover seemed long and slow – unlike today when seven miles is just like around the next corner,” he said.

Rahim said his job was not for everyone – very lonely, with no friends to talk to at times.

“People did not understand – they had no knowledge of stress and mood swings. The general public shuddered at the mention of mental cases. Many with mental health problems were shunned or simply abandoned as ‘mad relatives’. The outpatients weren’t treated as human beings either, especially those confined to the home. Some were even treated with electric shock.”

Many of the patients stayed in the hospital. Outpatients were usually looked after by their families at home.

Past newspapers had carried reports of outpatients running around naked or climbing trees, also in the nude.

Today, there are reports of such incidents recurring albeit not as frequent.

Rahim said he had some good and some bad memories of his work but was on the whole happy with he was doing because “I love my career both in Kuching and Miri”.

He added that he liked to help people and it was perhaps his innate people skills that made him a happy person.

He attributed his enduring passion for his work to the need to help rehabilitate the mentally ill and the spirit of camaraderie among the people in the same service as him.

“My colleagues became my long lasting friends. They were from all racial backgrounds. In those days, the Malays, Ibans and other natives were most willing to work as nurses, hospital orderlies, attendants and dressers. We were not choosy, knowing full well we were not highly educated.” 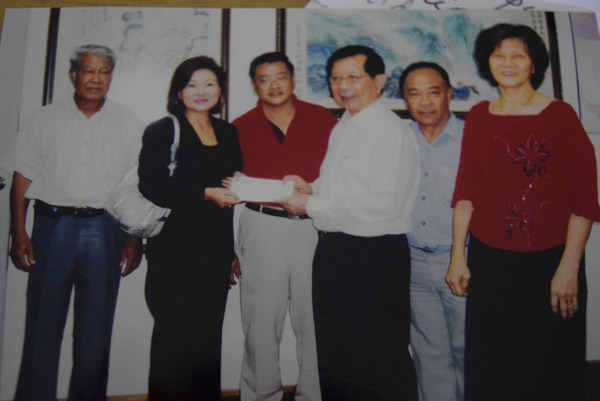 In 1967, Rahim was transferred to Miri where he got married and never left since. His wife Daisy Abdullah was a nurse in the general ward of Miri Hospital. Today the couple and their family – two sons, one daughter and several grandchildren – live in Kampung Luak, Miri.

Rahim received a certificate of appreciation from the Miri Mental Health Association at the 2017 MHA Miri charity dinner. He has been part of the state Health Department since 1958 and was a volunteer for MHA Miri branch in 1999 when it was first incepted. He can rightly be considered the longest serving mental health worker in Sarawak, having devoted 60 years (1958 to 2017) of his life to the care of mental patients.

Since retiring in 2006, he has been the supervisor of the Miri Counselling Centre or Rumah Kenyalang at Tanjung Lobang.

One MHA volunteer said, “Whenever the telephone rings at Rumah Kenyalang, Rahim would answer the call very politely and patiently. Many of our clients remember that’s one of his virtues. Front desk personnel in both the public and private sectors could take a lesson in telephone manners from him.”

Dr Adeline Wong, a past chairperson of MHA, Miri, noted, “Rahim is meticulous in his work. He has reports filed away carefully and is totally dedicated to the association. He spends time every day going over information on mental health, especially the country’s stance on the issue of treatment, care and well-being of mental patients.

“His vast knowledge in the field has helped shape the focus and direction of MHA, Miri. His supportive nature and optimism give patients and their families hopes in the recovery process. I find his work with former convicts and parolees most admirable. He is a role model not only to his patients but all volunteers as well.”

Jackie Buri, a volunteer counsellor, has been with the Miri Mental Health Association since its establishment in 1999.

She told thesundaypost, “Many have worked with us in MHA but Rahim’s dedication has been really outstanding. He is always there for the association and our clients.”

Jackie said when the psychiatric ward was at Brighton Road, MHA volunteers used to take the in-patients for grocery shopping to help them gain social confidence.

“Sometimes MHA organised get-togethers like potluck dinners, barbecues and even picnics. Those were good times. Over the decades, activities and programmes have changed due to social factors and some active members leaving Miri. But we continue to provide counselling not only to patients but also anyone needing guidance and advice. Furthermore, we hope more people will join MHA to help make Miri a truly caring city.”

The Miri Mental Health Association and the Miri community are very fortunate to have Dr Bawih Inu Puun heading the psychiatric unit at Miri Hospital. She is the current chairperson of MHA, Miri.

Dr Bawih and her team are spearheading several pathways to help raise awareness of mental health and the need to improve mental health services in the state.

In 2016, a total of 7,800 mental patients received treatment from specialist clinics in Miri. The numbers do not include recipients of psychiatric treatment at polyclinics and district hospitals in northern Sarawak.

In the same year, MHA Miri conducted its first basic counselling skills course and managed to get nine certified para-counsellors capable of providing guidance on personal or psychological problems to the public.

The writer was invited to a Wednesday food preparation day at the Kenyalang house to witness a community based programme to incorporate patients back into society to function and make contributions, just like any other person.

The group spent several hours having first a physical exercise and then make curry puffs for sale on Thursday. All the curry puffs made would be frozen ready to be fried on Thursday when the Project Mentari would take place.

The cheerful Occupational Therapist, Cikgu Azlina was on hand to supervise them. Dr. Izzort Syaffeq is in charge of the program.

Project Mentari or Supported Employment Programme allows medical officers to train patients to secure jobs. The patients produce food and drinks for sale at the Miri Hospital foyer every Thursday.

In March, they earned RM140 each on average from their profits. Hopefully, they will be paid the minimum wage of RM900 by the end of the year.

Looking at the dedication of Rahim, who has given 60 years of his life to the mental health service, and the commitment of volunteers and medical professionals who are supported by occupational therapists, one can only feel encouraged that mental health, especially in Miri, is heading in the right direction.

As Aisha Mirza, a writer and counsellor, said, “It’s not the bruises on the body that hurt but wounds of the heart and the scars of the mind.” 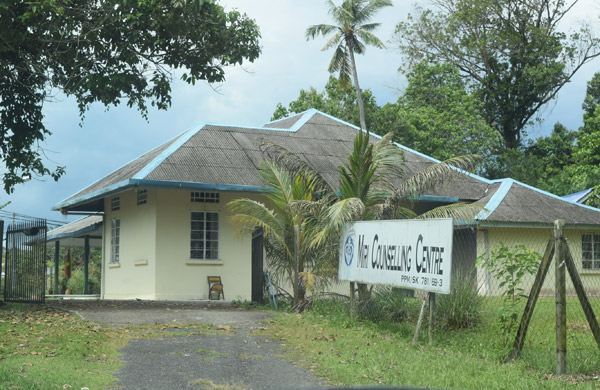 Previous ArticleSTU has role in development of education and nation-building
Next Article Uggah: Don’t take our leader lightly