Friday, May 27
You are at:Home»World»Swiss guards, loyal soldiers of the pope, take the oath 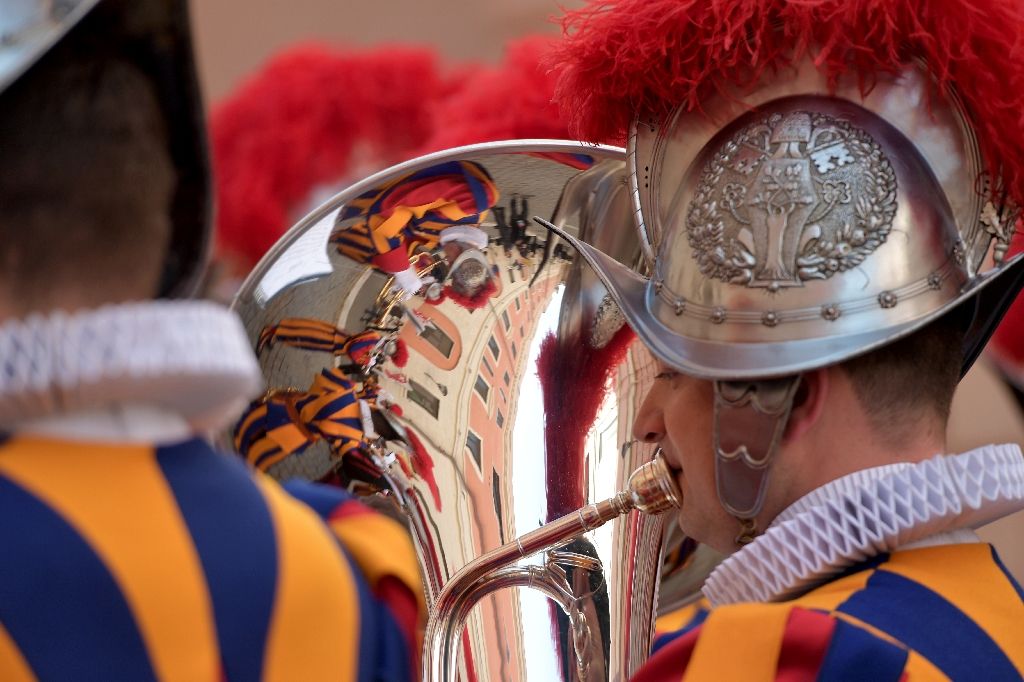 VATICAN CITY: Forty new Swiss Guards were sworn in at the Vatican on Saturday, the latest halberd-clutching soldiers of the pope to serve a tradition stretching back 500 years.

A tourist magnet for centuries at the Vatican, the spectacularly dressed Swiss Guards swear to sacrifice themselves if necessary for the pope.

The halberds — a traditional steel axe-like weapon — are purely for show in this age of global terrorism where the Vatican is a huge target and the pope is under round-the-clock protection.

And the pope’s 110 Swiss Guards do have a cache of more modern weapons than the halberd, stashed away in a secret location.

But their commander, Christoph Graf, also points to another weapon in the Swiss Guard armoury — the “indestructible” rosary every man gets.

“There are two ways of defending the pope: with weapons and with faith,” says Graf, ahead of the swearing-in of the 40 guards (23 German-speaking Swiss, 13 French-speaking and four Italian-speaking).

Like thousands of predecessors, the 40 new guards will swear a solumn oath to “faithfully, loyally and honourably serve” Pope Francis “with all my strength, sacrificing if necessary also my life” in the pontiff’s defence.

Not anyone can be a Swiss Guard. Applicants have to be a practising Roman Catholic, Swiss, single, between 19 and 30 years old and at least 1.74 metres tall.

The 40 new Swiss Guards will be joining an army created in 1506 when Pope Julius II recruited the supposedly invincible mercenaries for his protection.

The swearing-in ceremony takes place on May 6 — a bloody date in the history of the Swiss Guards when 147 of them died during the 1527 Sack of Rome.

The recruits don the famous yellow, blue and red uniform and a metal helmet with ostrich plummage.

However, being a Swiss Guard is an extremely physically demanding job, involving long periods of standing guard motionless.

Pascal Burch, a 21-year-old German-speaking recent recruit, said “the pain begins first in the knees, then the feet start to hurt and then the shoulders”.

Dylan Voirol, a 24-year-old who has been a Swiss Guard for 11 months, also describes “moments of physical difficulty … but you get through it with faith”.

He started out as a guard of honour but now serves as a night patrol officer, dressed in more practical gear of a blue doublet and trousers.

“At night, we go running around the Vatican gardens” if the pope is out, jokes Voirol.

“We know what time he leaves. Discretion is a Swiss quality.”

The Swiss Guards now enjoy a more personal relationship with Pope Francis, seen as being less attached to strict papal protocol than his predecessors.

“The pope greets everyone. It wasn’t like that before,” said Graf, recalling a time when “the Swiss Guards never spoke to the pope”. -AFP