Friday, July 10
You are at:Home»News»Sarawak»Rep proposes setting up of K1M in Mulu 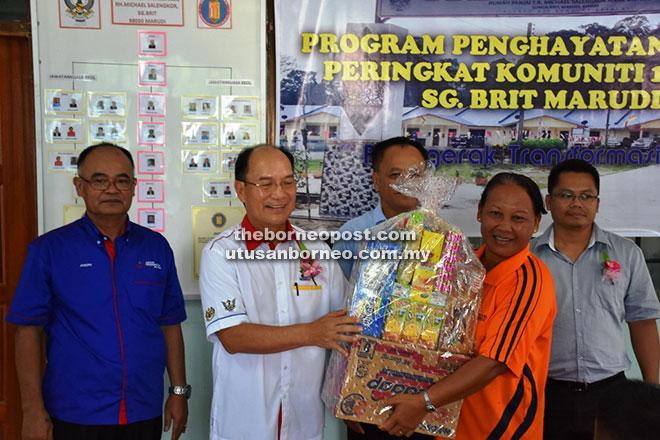 Gerawat (second left) presents a hamper to the captain of the winning mini-sports team at the function. On the assemblyman’s right is Joseph.

MARUDI: A proposal has been made to the district’s Information Department for the setup of a 1Malaysia Community (K1M) for Mulu state constituency.

According to Mulu assemblyman Datuk Gerawat Gala, the nearest K1M here is the one at Sungai Brit.

“The K1M serves to empower the community, especially the young generation, as well as to boost development of the area,” he told those attending a ‘1Malaysia Appreciation Programme’ at K1M Sungai Brit, Rumah Michael Selangkor Unting near here on Saturday.

Elaborating on the roles of K1M, Sikie said the community serves to bond the people, especially the rural folk, with the government through a variety of programmes.

“It also aims to disseminated government’s plans and policies, directly and accurately, to the people.

“I’ve seen many K1Ms achieving this through activities like mini-sports , briefing session conducted by government officials, as well as demonstrations from members of the Fire and Rescue Department, GiatMara and Health Department.

“The activities with the Fire and Rescue Department are particularly useful, in view of many longhouse fires happening in Sarawak of late. The villagers get to know more about ways to prevent fire incidents like knowing when to change their electrical wiring system or never attempting to do it themselves,” he said.

Sikie also pointed out the vision of having everybody enjoy modern facilities and also gross monthly income of RM4,000 by 2020.

“Apart from on rural development, our Chief Minister also focuses on digital economy – in the future, there would be no need for you to sit at the ‘Tamu’ (farmers market) to sell your produce; you could utilise the Internet to do that. On this, the government has allocated RM2 billion to enhance this connectivity across Sarawak.”

Later, Sikie announced allocations of RM25,000 for upgrading works on the longhouse cemetery ground, as well as RM8,000 for concrete works on the road leading to SK Sungai Brit. 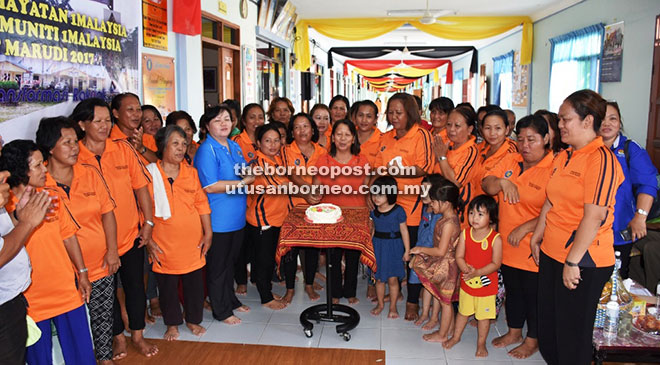 The longhouse womenfolk take the opportunity of the K1M programme to also celebrate Mother’s Day.