Thursday, October 22
You are at:Home»News»Sarawak»SK Parun Suan may be relocated — Manyin 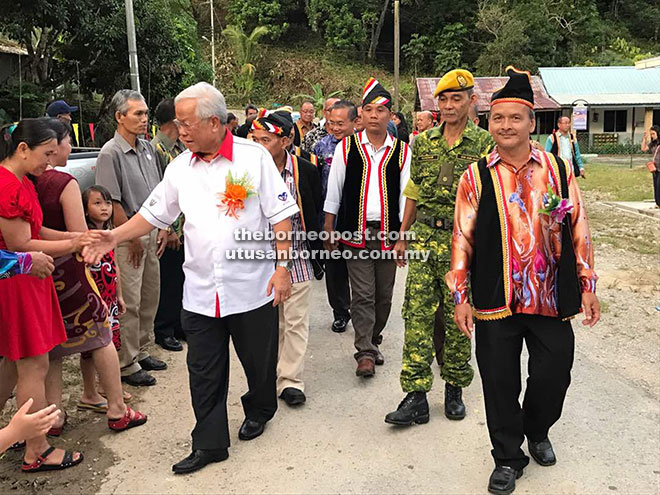 Manyin being greeted by the people at Kampung Kakeng. At right is village headman Juni Nyaud.

SERIAN: SK Parun Suan, one of the few primary schools located along the Baki-Riih road near here, may be relocated to a new site soon.

Minister of Education, Science and Technological Research Dato Sri Michael Manyin Jawong explained that the location of the school at a junction facing the main road and its old wooden structure were factors inhibiting conducive learning environment for the pupils. He said this following a walkabout at the school on Saturday.

He pledged to resolve the issue now that he is minister in charge of education matters in the state, so that the pupils can enjoy better learning environment which will contribute to better academic achievements. SK Parun Suan currently has more than 100 pupils, coming from several Bidayuh Bukar villages within the area.

In his speech, Manyin called on parents to place importance on education for their children and he also urged students to master English in addition to mastering Bahasa Malaysia.

At the function he presented RM50,000 grant for the upgrading of Kampung Kakeng hall and RM8,000 to the school PTA. 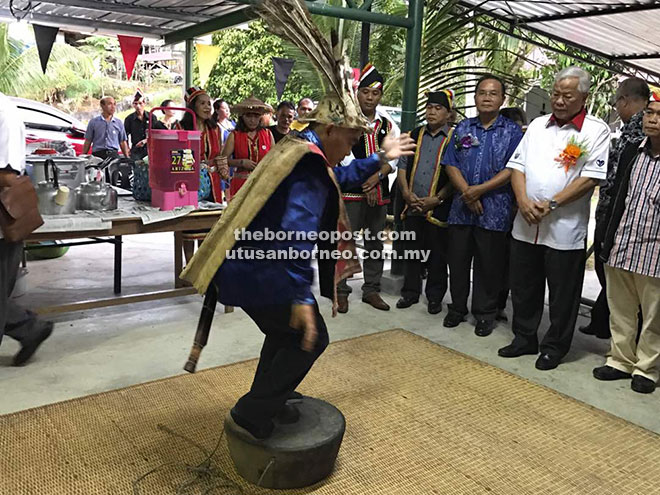 Manyin (second right), flanked by Henry on his right and Vincent on his left, watches a traditional Bidayuh dance on arrival for the dinner.