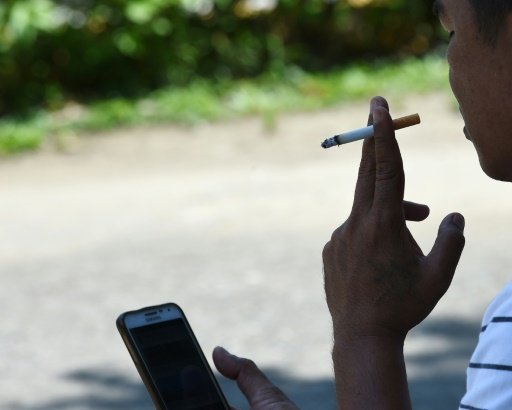 Smoking and selling cigarettes will be banned in all enclosed public places in the Philippines under the new measure. AFP photo

MANILA (AFP) – Philippine President Rodrigo Duterte has signed an executive order that will impose a wide-ranging ban on smoking in public, reinforcing some of the toughest anti-tobacco measures in Asia.

Smoking and selling cigarettes will be banned in all enclosed public places, as well as within 100 metres (330 feet) of schools, parks and other areas where children gather, according to the order published late Thursday and which takes effect in 60 days.

Duterte, a firebrand leader most famous for waging a war on drugs in which thousands of people have died, had promised immediately after becoming president last year to introduce the smoking ban as part of a range of measures to impose more order on society.

Other measures included a ban on singing karaoke at night and a 2:00 am curfew on drinking alcohol in public, although these have yet to be implemented.

Duterte rose to prominence as the longtime mayor of the southern city of Davao, which he said he transformed from being crime-ridden into one of the nation’s most liveable and safe urban centres.

However his critics have said Duterte has supplanted the rule of law with his war on drugs, alleging he has triggered a killing spree by police and vigilantes who have been spurred on by his calls for tens of thousands of people to die.

The Philippines already has a ban on tobacco advertising and smoking in indoor public places, as well as a law that requires graphic images of smoking health hazards to be printed on cigarette packaging.

There are also hefty taxes on smoking. – AFP