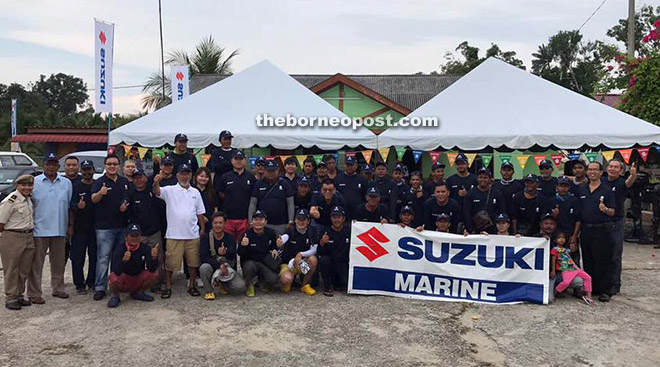 The winners and the organiser pose for the album after a successful fishing competition outing.

A spokesman from the organising committee said the competition was aimed at fostering closer rapport and relationship among its members and dealers.

“Through such competition, it is evident that boat owners preferred Suzuki Outboard Motor especially with its Ultimate 4-stroke featuring its lean burn (fuel-saving) technology and low noise emission,” he added.

All the winners received cash prizes, certificates and trophies.

“Hopefully, next year, we will be able to attract more participants and boat owners powered by Suzuki Ultimate 4-stroke outboard motors to take part in the competition to make it more interesting,” the spokesman added.