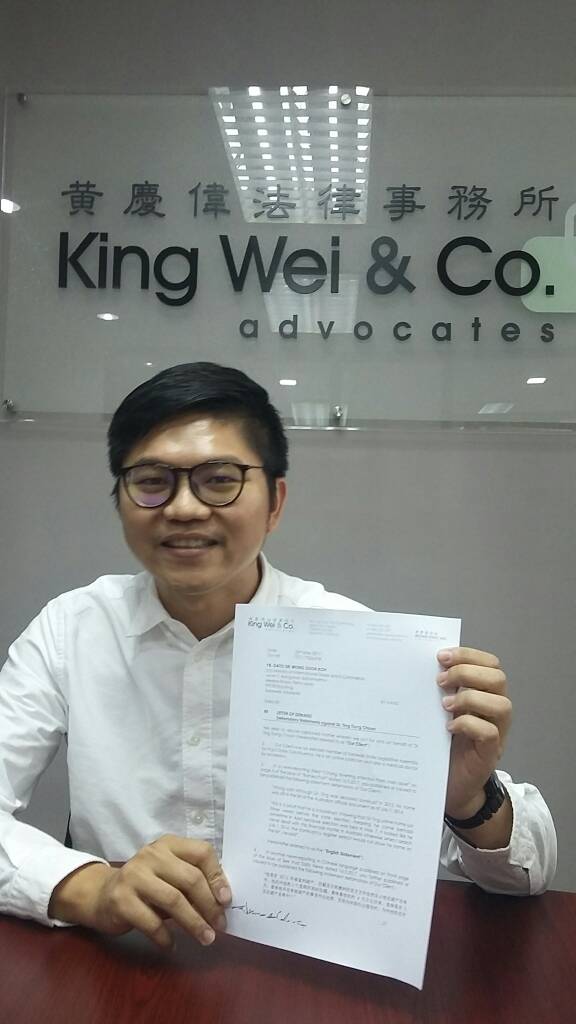 KUCHING: DAP member Dr Ting Tiong Choon is planning to sue the State Legislative Assembly (DUN) Speaker Datuk Amar Mohd Asfia Awang Nassar for disqualifying him as a member of the august House on May 12.

The former Pujut assemblyman also plans to sue Second Finance Minister Dato Sri Wong Soon Koh, if within seven days, the latter fails to publicly apologise to him (Dr Ting) for calling him a bankrupt during a press conference held at the DUN media centre on May 15.

This was revealed by his lawyer Wong King Wei, who is also State DAP Youth chairman, at a press conference at his  Jalan Tun Jugah legal firm here on Tuesday afternoon.

King Wei said for Asfia’s case, the details are still being finalised before the legal firms involved call for a proper press conference.

They will be seeking a court declaration to reverse the decision of the DUN.

On Soon Koh’s case, King Wei disclosed that Dr Ting would prefer a gentlemanly way to settle the matter by asking Wong to apologise to him in public without having to pay any compensation sum but this condition can only happen within seven days’ grace period.

Dr Ting reserves his right to seek for all damages allowed by the law from Soon Koh if legal action is to be taken after the grace period expires.

King Wei claimed that there was nothing in documents shown by Soon Koh to state that Dr Ting was made a bankrupt in Australia, while explaining the differences between the terms “insolvent” and “bankrupt”.

He said a person is insolvent if his debt is more than his assets and a bankrupt is one who has been declared by court as being unable to or not allowed to manage his finances, or in other words, “financially dead”.