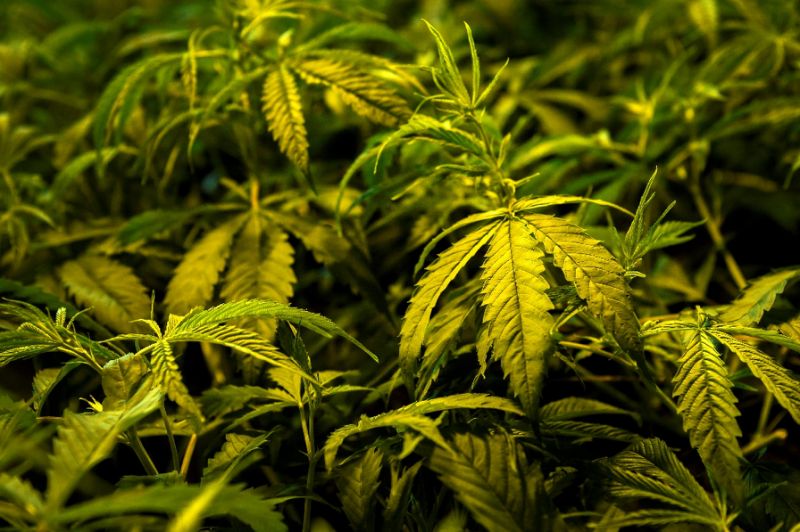 Cannabidiol, or CBD, is derived from cannabis plants, but does not cause users to get high The company procudes high cannabidiol (CBD) content cannabis with THC (psychoactive component) content below the Swiss legal limit. KannaSwiss sell medicinal oil and flowers to smoke. AFP Photo

MIAMI: The first large-scale clinical trial of a cannabis derivative known as cannabidiol shows it was able to cut the frequency of severe epileptic seizures by 39 percent, researchers said Wednesday.

Cannabidiol, or CBD, is derived from cannabis plants, but does not cause users to get high.

The study in the New England Journal of Medicine comes after years of anecdotal evidence of cannabidiol’s effects.

It focused on young patients with Dravet syndrome, a rare form of epilepsy.

“Cannabidiol should not be viewed as a panacea for epilepsy, but for patients with especially severe forms who have not responded to numerous medications, these results provide hope that we may soon have another treatment option,” said lead investigator Orrin Devinsky, professor of neurology, neurosurgery, and psychiatry at New York University Langone Medical Center.

“We still need more research, but this new trial provides more evidence than we have ever had of cannabidiol’s effectiveness as a medication for treatment-resistant epilepsy.”

Researchers used an experimental liquid form of CBD, called Epidiolex, which is manufactured by GW Pharmaceuticals.

It has not been approved for use by the US Food and Drug Administration.

A total of 120 children and adolescents, aged two to 18, with Dravet Syndrome were randomized to receive either a placebo or CBD, in addition to their usual treatment.

The trial took place at 23 sites in the United States and Europe over the course of 14 weeks.

“Seizure frequency dropped in the CBD-treated group by 39 percent from a median of nearly 12 convulsive seizures per month before the study to about six,” said the study.

The placebo group saw a much smaller 13 percent reduction in seizures.

Most patients reported side effects, most commonly vomiting, fatigue and fever.

A total of 93.4 percent of patients in the CBD group and 74.6 percent of those treated with placebo experienced side effects, which were generally reported as mild or moderate.

But eight patients in the CBD group withdrew from the trial because of side effects, compared to one participant in the placebo group. – AFP