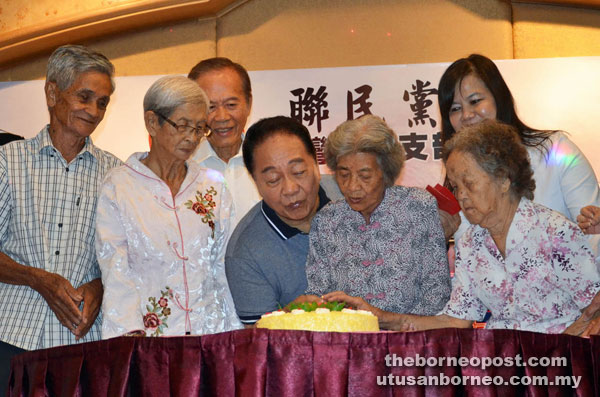 Their president Dato Sri Wong Soon Koh, said election would be very near. “If not September or October this year it will be held in April or May next year.”

Speaking when officiating at UPP Bawang Assan’s Parent’s Day celebration here on Tuesday, Wong, who is Second Finance Minister and Minister of International Trade and E- Commerce, thanked party members for their hard work during the last state election.

“It is because of this that I am able to play a key role in the state government. I have been the Second Finance Minister for more than a decade.

“Now, I have been tasked with additional role, which is  challenging but I shall do my best.

“The political task does not come easy. But, we must put service to the people first and do away with other selfish agendas,” he said.

According to Wong, the political road was tough and long and party members ought to put in concerted efforts.

“In Bawang Assan constituency, I am glad that our service committees have committed themselves to serving the people.

“Community leaders have also worked hard. We must continue to be committed,” he said.

Previous ArticleLau: Teachers help shape the country through their profession — Lau
Next Article Sanggar Budaya Miri to perform in China