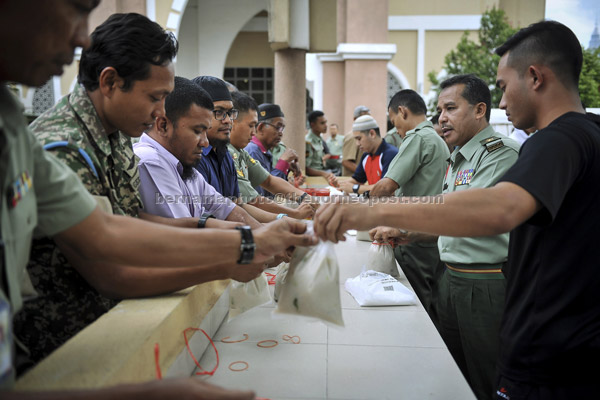 KANGAR: The Non-Pensionable Malaysian Armed Forces Veterans Association (PVATTBM) which is actively seeking to increase its membership, has appealed to more than 180,000 veterans to join it.

Its president Ismail Abidin said besides using social media and the press, they had also gone from village to village, asking friends (of the veterans) and the Village Development and Security Committee to help locate them and urge them to join the association.

He said there were more than 200,000 military veterans not on pension, however, only about 20,000 have joined PVATTBM so far.

“I implore them to register with the association in their respective states or call me at 019-4228455,” Ismail told Bernama yesterday.

He said the Department of Veteran Affairs (DVA) found it difficult to deliver aid provided by the government to former military personnel if they did not become a member of any ex-military association.

Among the assistance provided, he added, was medical and living expenses, children’s education, as well as aid during natural disasters and accidents. — Bernama