Sunday, November 27
You are at:Home»News»Sarawak»WWF: Sarawak may lose some endangered, vulnerable species 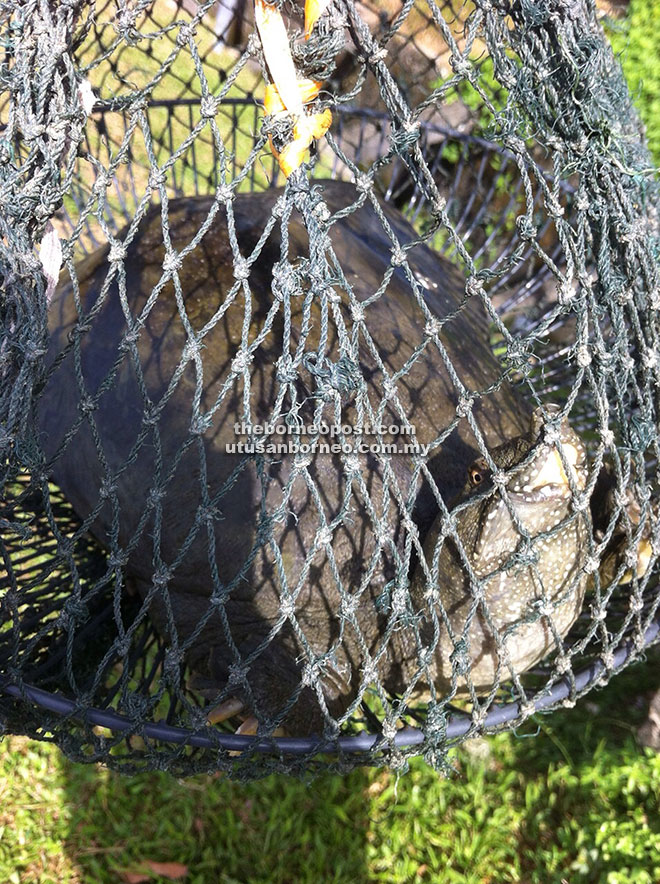 Soft-shelled turtles or labi-labi are sometimes sold openly in Kuching although they are a protected species under the Wild Life Protection Ordinance 1998.

KUCHING: Wildlife trading, hunting and unsustainable subsistence hunting may cause Sarawak – one of the world’s biodiversity hotspots – to lose some of its endangered and vulnerable species.

WWF-Malaysia Sarawak programme leader Dr Jason Hon said the Sumatran rhino and wild cattle or seladang have been hunted to extinction in Sarawak and species such as the clouded leopard, sun bear, civet, helmeted hornbill and pangolin may face a similar fate if they are hunted and traded for meat and wildlife parts.

He pointed out that while it is understandable for indigenous people residing in the rural areas to hunt, it needs to be done by taking into consideration which animals are protected under the Sarawak Wild Life Ordinance 1998.

“We acknowledge that the forest provides protein to local communities. What is important is not to hunt protected species and to practise sustainable consumption. Do not take more than what is needed,” he said in a statement yesterday.

According to Hon, when people take more than what they need, there is always an intention to sell the leftovers – a practice that will create supply and demand for wildlife meat and parts.

He called on the public, especially those celebrating Gawai Dayak or Kaamatan in Sabah, to help spread the conservation message to keep animals safe in their natural habitats.

“Let’s not stop there, but also communicate the same message to protect wild animals during all other festive celebrations. It would be a pity if we continue to lose biodiversity, particularly wildlife, and only be able to learn and see them in textbooks in the future.

“Let us show by example because conservation of our rich biodiversity starts with all of us. This small step will go a long way in ensuring the survival of species for posterity,” he said, adding that any celebration can be memorable and merry even without the consumption of wild meat.

In Sarawak, there are 279 species of plants and 45 species of animals listed as Critically Endangered, Endangered or Vulnerable under the International Union for Conservation of Nature (IUCN) Red List of Threatened Species.