Monday, August 3
You are at:Home»News»Sabah»New dive site discovered at Vernon Banks in Labuan 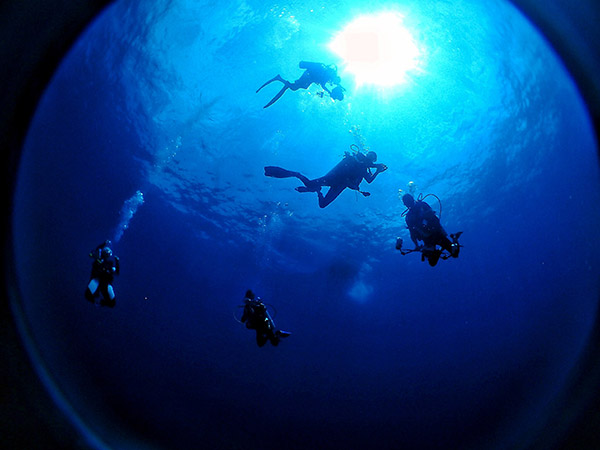 LABUAN: Labuan could well be the next underwater paradise for scuba divers from all over the world with more unique dive sites being discovered, including the latest one the Vernon Bank dive site’.

The new dive site,  located over 40 nautical miles off north Labuan was first discovered about five years ago by an engineer turned boat operator Ahmad Nasir Othman, 60,  who has been taking anglers there.

However, it was  Clement Lee, and his diving colleagues who explored the pristine reef for the first time in April 2017.

The Labuan born Lee, 65, is the Tourism Malaysia Ambassador for the diving segment (2017-2019) and is an internationally renowned diver as well.

Based on his observation there, he believes the dive site has the potential to be on par with other popular scuba dive sites across the globe.

“The new dive site has its own uniqueness compared with other internationally renowned dive sites and it is certainly a great site to be explored,” he said  adding that this new dive site is different from the much sought after dive sites of Sipadan and Mabul islands in Sabah when it comes to the marine species and underwater landscape.

The Vernon Bank is stated in the old British admiralty charts and publication and the site has a number of rare marine species like the porcelain crab, fishes like the bubble Goby and the colourful Nudi branch among others.

Under good weather, with a twin engine 115HP boat, the journey to Vernon Bank from the Labuan marine jetty takes about one and half hours.

“I did not discover the Vernon Bank site but we heard of it many months ago. Hence, we have been planning to dive at the site since last year with our diving team.

“Yet we had to postpone our intention many times due to our tight schedule and the weather.

“Me and the other divers including Miri based Co.Co.Dive general manager, Ross Kelly, and the diving centre’s Labuan-based manager Roy Jak Ngau finally reached Vernon Bank on April 26 and again on May 1.” 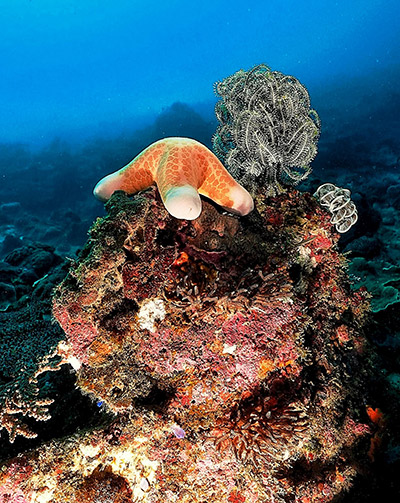 Lee described the reef in Vernon Bank being akin to a huge underwater atoll split into different levels with a five-metre crater in the middle. It took Lee’s group more than 20 minutes to get from one edge to the other.

The fringing reef at the eastern side is located between 10m and 25m underwater while at the west end is in the depths between 15m and 50m.

The depths are provided by the depth echo sounder installed in the fishing boat that took the group to the site.

The group did six dives in the two days and only managed to cover a small portion of the Vernon Bank site.

In such a big reef area, as expected, the group saw pelagic marine fishes including a huge Manta Ray on the surface and then one underwater.

“Probably because they have never seen divers before, hence they were shy and swam away quickly. I had no chance to snap a picture of them,” said Lee.

“As Vernon Bank is structured like an atoll, I believe this will be a cleaning station for Manta Rays and turtles.

“We also observed fast swimming Tuna and other pelagic fishes. I m sure sharks too can be seen there particularly at the deeper ends up to 70m.

“I also believe there are reef walls and with the up currents bringing nutrients to shallow water, larger pelagic fish like sharks, hammerhead sharks and manta rays will be there too,” Lee added.

In the smaller critter world, Nudi Branch, porcelain crabs, whip Coral Goby, Stone fish and Scorpion fishes could be seen along with lot of sea fans and pygmy seahorse.

There was also another interesting find at a shallow area (8-10m), continuous bubbles were seen coming up from the sea bed.

“This is a surprise find and can be a real attraction to divers. I could not figure out what and why this is happening but some of my geologist friends are going to finding out.

After six dives at the Vernon Bank, Lee is confident that the site has the potential to be developed into a popular dive site.

“My view is that this Vernon Bank can be developed into a ‘mini Layang-Layang 2’, which is a much bigger underwater atoll (13km long and three km in diameter),” he concluded.

Layang-Layang Island is located approximately 300km northwest of Kota Kinabalu in Sabah, a little gem within the deep blue sea fondly known as ‘The Jewel of the Borneo Banks’. 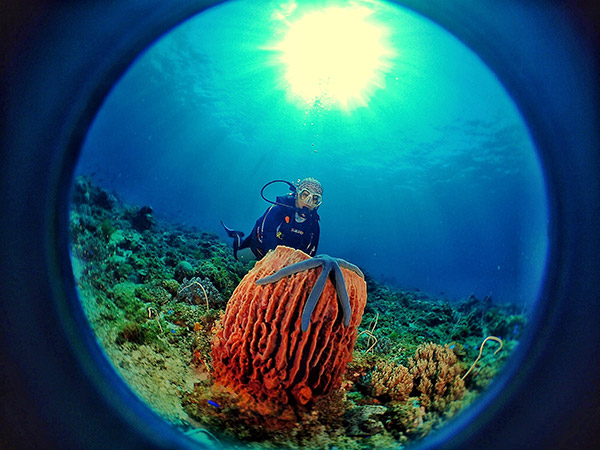 A scene of beautiful corals at the Vernon Bank Scuba Dive Site.

Vernon Bank, another gem in the ocean

An international underwater photographer and scuba diver Rudy Whitworth was enthralled by what he saw at the Vernon Bank dive site.

The Michigan, United States, based Rudy said; “I have not seen the rare Bubble Goby throughout my entire of 39 years diving in any of the dive sites in this part of the world, only at Vernon Bank, it is a beautiful and colourful fish.

Being the founder of Seahorse Production, LLC, dealing with underwater photography and dive sites presentation to the tourism industry players, Rudy has vast diving experience witnessing the various type of marine life throughout his career.

Among the dive sites across the country he has explored are Tioman, Miri, Kuching, Labuan shipwrecks and Layang-Layang.

“I will be assist in promoting this new dive site to my diving friends,” said Rudy .