Friday, December 3
You are at:Home»News»Sarawak»Samalaju Aluminium Smelter 2 in full production since 2016, says GM 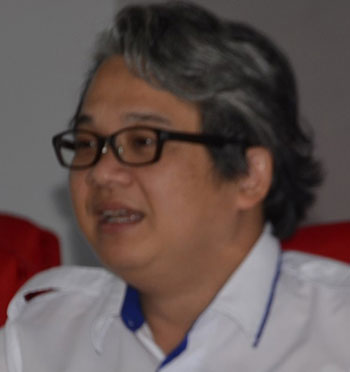 Press Metal Berhad group general manager for Sarawak operations, Choa Wei Keong, said the plant operates 24 hours a day, 365 days a year and they had a workforce of around 2,000 at the plant.

“It costs us around RM1 million a day to operate at full capacity,” he added.

He revealed that the plant produces 10kg and 22kg aluminium ingots for export and for use locally.

However, at the moment they cannot go higher than such production capacity unless there is more power supply in the state, he added.

“At the moment, we use the power supplied by Bakun Hydro Dam and unless there are more power sources and alternatives we cannot generate more production.”

Choa also revealed that they are the biggest employer at Samalaju Industrial Park and continue to provide training and development to their staff to enhance their skills.

He further said that they still need highly-skilled workers like engineers from China and other countries to work in more delicate areas of the production line.

Choa added that they also focus on their corporate social responsibility and are creating more awareness of their operation in Mukah and Bintulu to mitigate negative perceptions.

“We have done many activities so that we can also give back to the public and tell people that our operations are safe (for them) and also the surrounding environment,” he said.

On the aluminium ingots produced by Samalaju Aluminium Smelter Plant, he said they had been listed on the London Metal Exchange as a high-grade primary aluminium product.

He said their forecast for 2017 is for the smelter plants in Mukah and Bintulu to contribute revenue of about US$1.5 billion to Sarawak’s GDP.

With a smelting capacity of 760,000 tonnes and an extrusion capacity of 190,000 tonnes per annum, Press Metal is the largest producer of aluminium in South East Asia, he added.