Wednesday, April 1
You are at:Home»News»Court»Dr Ting reinstated as Pujut rep 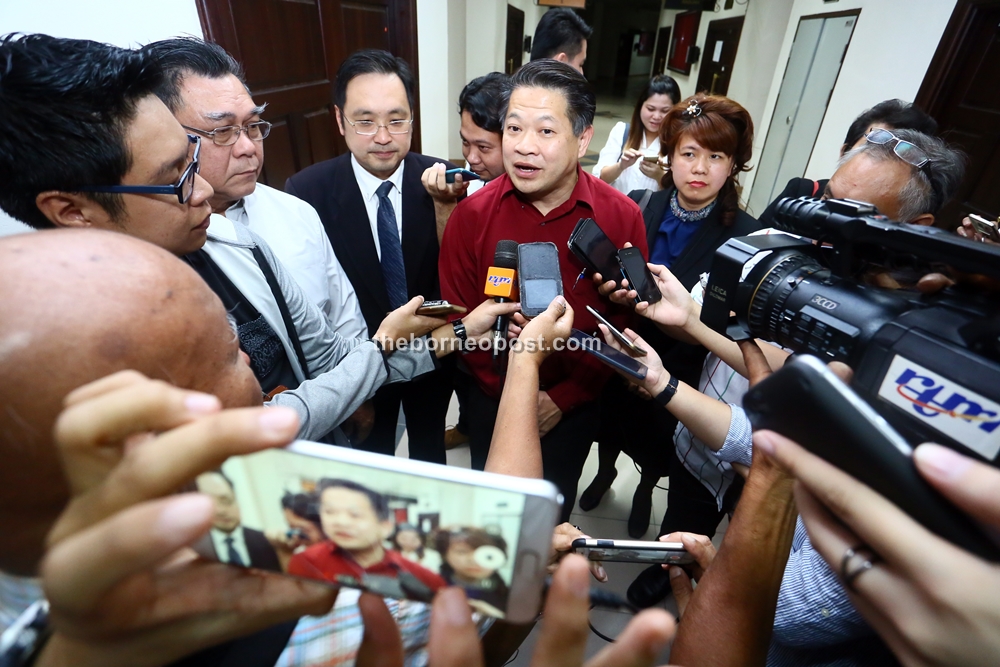 Dr Ting (centre, in red) speaks to reporters after the court’s decision to reinstate him as Pujut assemblyman. Photo by Muhammad Rais Sanusi

KUCHING: The High Court this morning ruled against the Dewan’s decision to disqualify Dr Ting Tiong Choon as Pujut assemblyman.

Judge Datuk Douglas Christo Primus Sikayun held that the plaintiff Dr Ting Tiong Choon was not disqualified and is entitled to remain as elected assemblyman.

“There is no vacancy for Pujut seat,” he said, also awarding RM100,000 to the plaintiff.

With the court’s decision, Dr Ting has been restored as Pujut assemblyman, rendering a by-election unnecessary.

In delivering the decision, the judge ruled that “the Dewan has no express powers to deal with an election result.”

“The Dewan is not a competent body to decide constitutional issues, and the Speaker did not afford Dr Ting adequate time to defend himself, and also had not given the opportunity to Dr Ting.

“8,899 Pujut voters’ interests should also be taken into consideration,” he said.

“The Speaker had taken on the role as prosecutor and the Speaker has not accurately stated the laws, in particular Article 23(1) and 24(1) of the Federal Constitution.

”The rule of natural justice has not been complied with and adhered to,” he expressed. 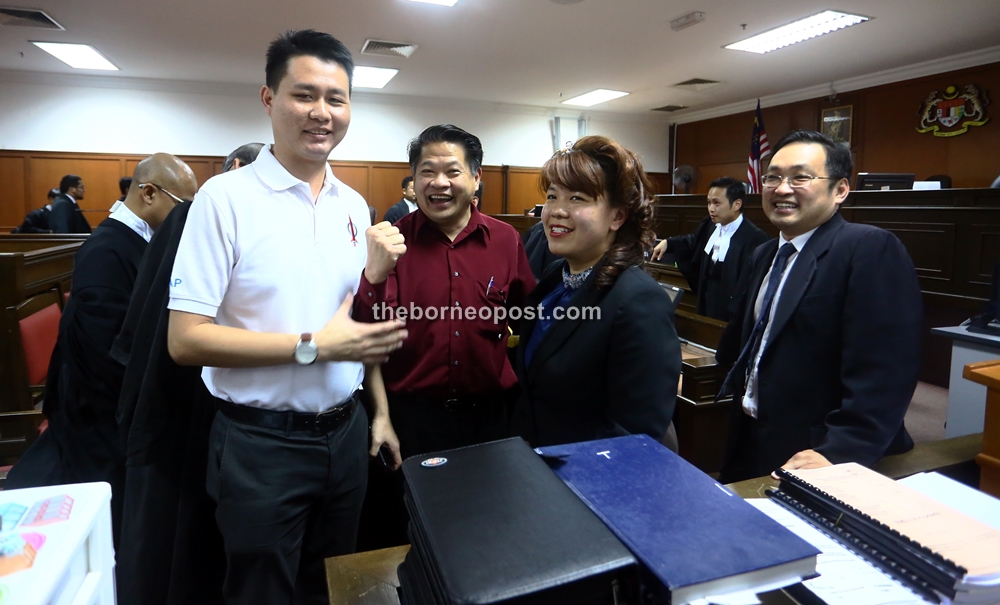 In responding to the decision, Dr Ting said he hoped this case will teach BN a lesson to follow the proper procedures.

“I believe I have not done anything wrong and have not wronged the people of Pujut,” he told reporters after the proceedings.

Dr Ting was disqualified as a state representative on May 12 in a motion tabled by Second Finance Minister Dato Sri Wong Soon Koh.

He then filed an Originating Summons in the Kuching High Court on June 7 to challenge the State Legislative Assembly’s (DUN) decision.