Saturday, February 22
You are at:Home»News»Sarawak»Abg Johari: State in negotiations with AirAsia on proposed LCCT 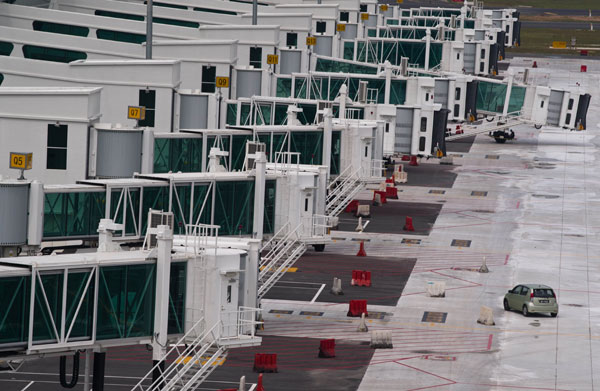 A LCCT could be on its way to Kuching, as the state government revealed it is in negotiations with AirAsia Berhad. File Photo

KUCHING: The state government is in negotiations with AirAsia Berhad to pave the way for the construction of a Low Cost Carrier Terminal (LCCT) in the city.

Chief Minister Datuk Amar Abang Johari Tun Openg said the negotiations “are now in the process” but he cannot disclose any information yet.

“We are now in the process of negotiations with AirAsia,” he said when asked if there was a plan to build an LCCT here when met by reporters after attending a function at SK Rakyat in Satok yesterday.

Abang Johari said the site for the proposed LCCT had “more or less” been identified but it was “not confirmed yet”.

Asked whether he could disclose the proposed site, he replied: “Near the airport (Kuching International Airport – KIA) lah.”

On June 8, Minister of Tourism, Arts, Culture, Youth and Sports Datuk Abdul Karim Rahman Hamzah said he was in favour of having an LCCT if the proposed facility could facilitate the growth of tourism industry in the state.

“If a separate LCCT building could expedite and facilitate the growth of tourism industry in Sarawak, of course it would be good to have it,” he said.

At the time of the interview, Abdul Karim said he did not have any detail on the proposed plan.

He added that the proposed project should come under the purview of the federal government unless the state government decided to be involved.

“So I think we need to start looking at how we need to expand the airport now in order for us to realise our plans in bringing more connectivity so that the state government can see their targets being achieved very soon,” she told a press conference.

Previous ArticleA piece of land each for DCF and DCCI
Next Article Higher contributions for the needy in Satok this year, says CM