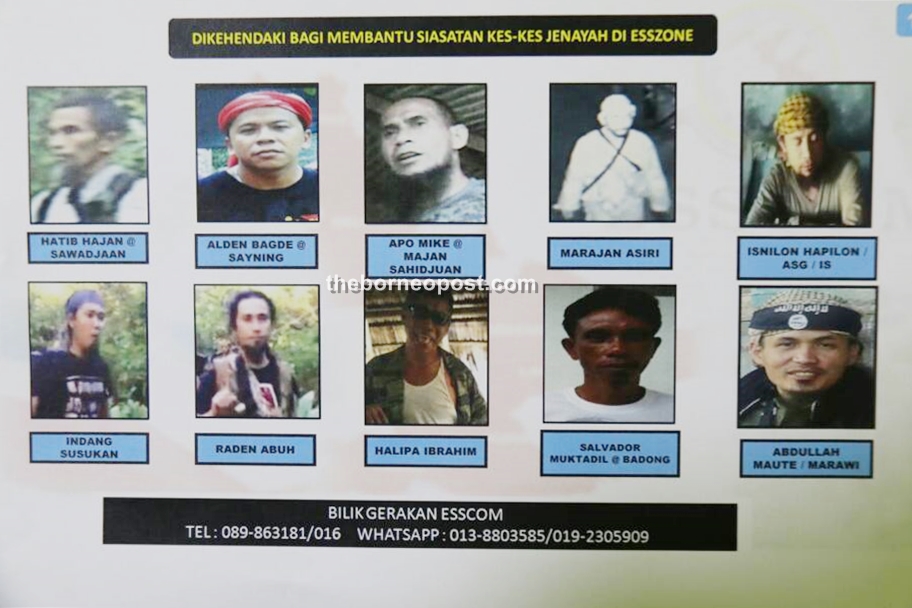 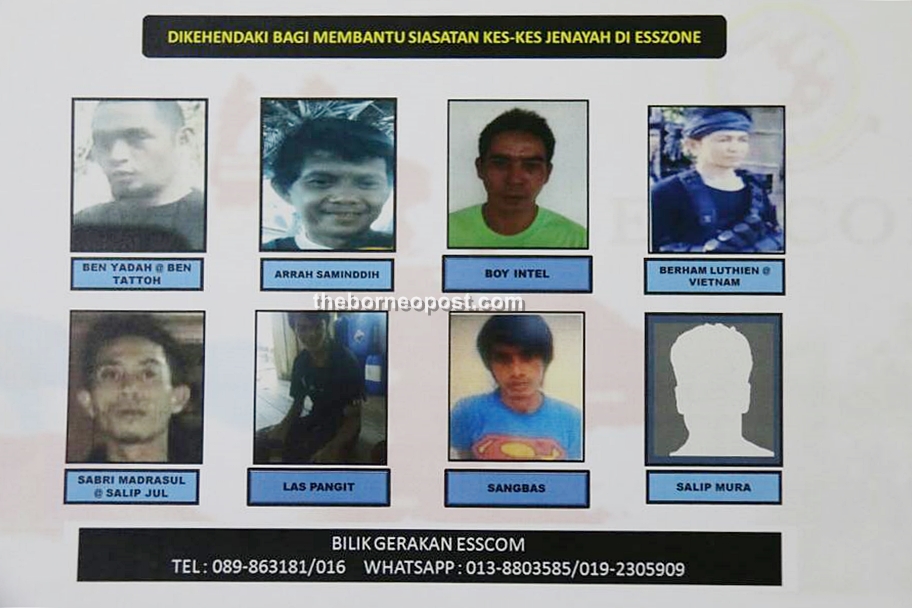 The list of individuals wanted by ESSCom for cross-border crimes.

ESSCom Commander DCP Dato’ Wan Abd Bari Wan Abd Khalid in a statement said all of the suspects – who are foreigners – were wanted to assist the security forces in solving cross-border crimes that took place along the Sabah east coast, last year.

In this regard, members of the public are urged to convey any information to ESSCom and security forces for appropriate action, including tracking down the suspects.

“According to investigations including information from the Philippines, this is the list of individuals who wanted and suspected involve in several cross-border crimes and have yet to be detained by Philippine’s or Malaysia’s security forces,” he said.

According to Wan Abd Bari, the list also included Isnilon Hapilon, the head of the Abu Sayyaf militant group in Basilan and Islamic State (IS) Head in Southern Philippines as well as Abdullah Maute, the Maute Militant Head in Marawi City.

Wan Abdul Bari said he feared that they might try disguising themselves as illegal immigrants or foreign fishermen to enter the country after the recent action taken by the Philippines government to flush out militants.