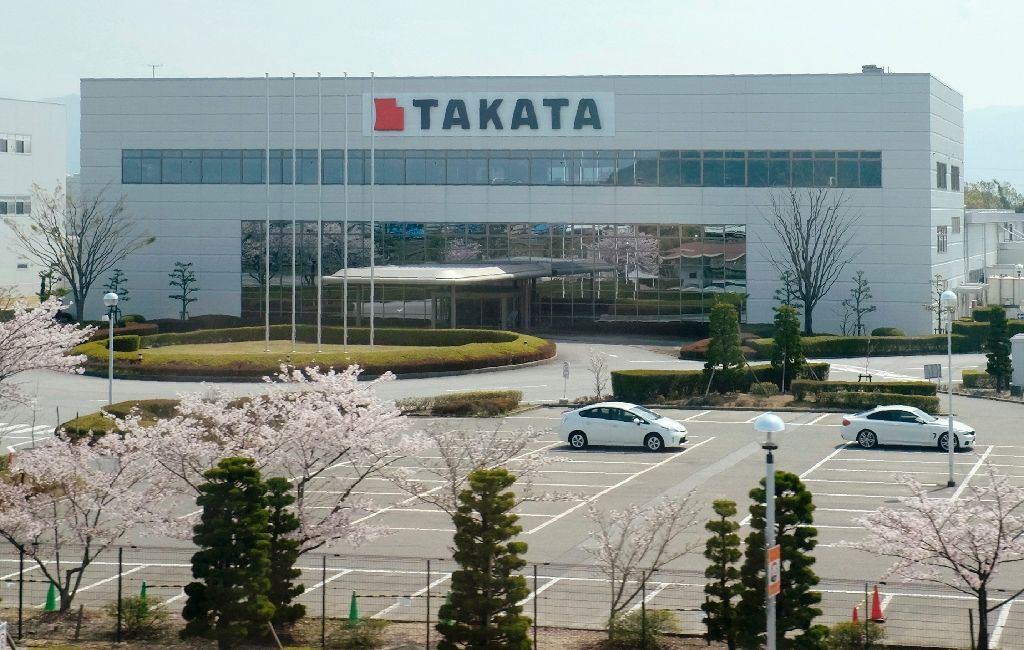 Takata suffered another crushing collapse on Thursday, plummeting more than 50 percent on fears the troubled airbag maker at the centre of the auto industry’s biggest-ever safety recall is headed for bankruptcy.

It is now worth less than a quarter of its value from just a week ago when a report by Japan’s leading Nikkei business daily said it would seek bankruptcy protection and sell its assets to a US company.

At Thursday’s close, the embattled stock had plummeted 55 percent to 110 yen ($1) from a day earlier.

“The shares are going to keep falling because the only buyers are day traders hoping to lock in gains from fluctuations in the price,” Hiroaki Hiwata, a strategist at Toyo Securities, told AFP earlier.

Another Nikkei report Thursday said Takata, with liabilities exceeding one trillion yen, would file for bankruptcy protection as early as Monday.

The scandal-hit airbag firm and some of its car customers are facing legal claims they knew about the problem and kept silent about it.

Millions of vehicles produced by some of the largest firms, including Toyota and General Motors, are being recalled because of the risk that an airbag could improperly inflate and rupture, potentially firing deadly shrapnel at the occupants.

The ultimate cause of the malfunctions has not yet been identified but three factors are suspected: a chemical component, ammonium nitrate, that responds poorly to humidity; extreme climatic conditions, such as heat and high humidity; and faulty design.

Takata issued a brief statement Thursday that said “no decision of any kind has been made” on a bankruptcy filing.

The filing would clear the way for American autoparts maker Key Safety Systems, owned by China’s Ningbo Joyson Electronic, to take over the firm’s operations, the Nikkei has said.

Nearly 100 million cars, including about 70 million in the United States, were subject to the airbag recall, the largest in auto history, over the defective Takata airbags.

Takata has already agreed to pay a billion-dollar fine to settle lawsuits in the United States over its airbags.

The scandal has involved almost every major global automaker, including top client Honda, which has already written down huge costs linked to the crisis.

The downsized Takata would remain responsible for recall-related liabilities, the Nikkei said.

Little-known outside Japan, Takata was founded in 1933 as a textile company that evolved into an automotive parts giant selling airbags in the eighties.

It has dozens of plants and offices in 20 countries, including the United States, China and Mexico.

The airbag division has accounted for some 40 percent of its total revenue. – AFP

Previous ArticleMan stopped on Thai border with orangutans, tortoises, raccoons
Next Article Funeral to be held for US student imprisoned by N. Korea