Tuesday, May 18
You are at:Home»News»Sabah»Woman, nephew burnt to death 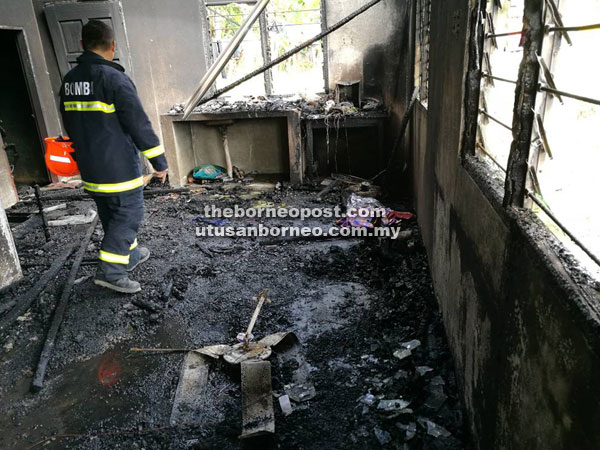 The charred remains of the victims found in the living room of a house at Kampung Pamaluyan in Tenom.

KOTA KINABALU: A woman and her nephew were burnt to death when a morning fire destroyed their home at Kampung Pamaluyan in Tenom.

The charred remains of Mariah Sapperi, 21, and Adoh Darius, 3, were found in the living room by Fire and Rescue Department personnel just after the 8am incident occurred.

A spokesperson for the Tenom Fire and Rescue Department station said a distress call was received at 8.08am and two fire trucks with 16 personnel were rushed to the scene, arriving at 8.39am.

Firefighters managed to control the blaze by 9am and found the victims’ bodies in the living room while carrying out an investigation.

The bodies were handed to the police for further action.

The cause of the fire and total loss were still under investigation, said the spokesperson.