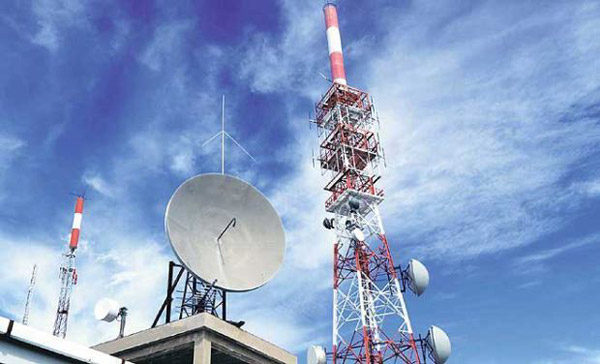 It added that the 700 MHz band is also up for re-farming in 2018 as free-to-air television migrates from analogue to digital. — Reuters photo

KUCHING: The upcoming payments for the 700, 2,100 and 2,600 megahertz (MHz) spectrums are not likely to raise the gearings of mobile operators to excessive levels.

According to the research arm of Maybank Investment Bank Bhd (Maybank IB Research), upfront spectrum fee is a relatively new concept in Malaysia, with the regulator only collecting its maiden fee in 2016 for the 900 and 1,800 MHz bands.

It added that the 700 MHz band is also up for re-farming in 2018 as free-to-air television migrates from analogue to digital.

Maybank IB Research had attempted to estimate fees for the other bands by interpolating the rates for the 900 MHz and 1,800 MHz bands.

The research arm noted that the 2016 re-farming saw operators paying RM500 million and RM218 million for a five MHz pair in the 900 and 1,800 MHz bands respectively, with 44 per cent of the fee required upfront and the remainder in the form of annual payments over a 15-year tenure.

For its exercise, Maybank IB Research assumed operators are charged RM700 million, RM200 million and RM160 million for a five MHz pair in the 700, 2,100 and 2,600 MHz bands respectively (lower frequency spectrum is usually more expensive than higher frequency due to superior propagation properties).

In terms of spectrum allocation, the research arm assumed each operator retains its current frequency division duplex (FDD) allocation in the 2,100 and 2,600 MHz bands.

“Presently, each of the four main operators has an equal amount of spectrum in these bands,” Maybank IB Research said.

For the 700 MHz band, the research arm assumed each operator is allocated a 10 MHz pair.

“As a sidenote, Malaysia has adopted the Asia-Pacific Telecommunity (APT) band plan for 700 MHz,” the research arm said.

“The FDD configuration would mean a total of 45 MHz pairs of spectrum being made available for allocation by the regulator (with the smallest block likely a five MHz pair).”

It added that the migration of free-to-air television from analogue to digital is progressing as planned, with set-up boxes currently being distributed.

Based on its assumptions, Maybank IB Research estimated each operator would incur circa RM2.3 billion of spectrum fees for the 700, 2,100 and 2,600 MHz bands, with half the amount (circa RM1.2 billion) due upfront, and the remainder in the form of annual payments (circa RM77 million) over 15 years.

“We are thus not expecting mobile operators to undertake further equity-raising,” it said.

At the other end, the research arm estimated Maxis’ net debt-to-EBITDA at 1.7-fold at end-2018, comfortably below the group’s two-fold internal ceiling thanks to its recent primary placement.

The research arm added that the disposal of the group’s M1 stake (if it happens) could lower Axiata’s net debt-to-EBITDA by circa 20 percentage point (ppt).

With no material improvement in the overall operating environment, the research arm viewed the overall risk-reward profile as being merely balanced.

Maybank IB Research has now switched its relative preference to Maxis, whose share price has recently been suppressed post the primary placement.

“Maxis’ operations have been the most resilient among the Big 3, and the recent equity-raising has alleviated potential gearing and dividend concerns,” it said.