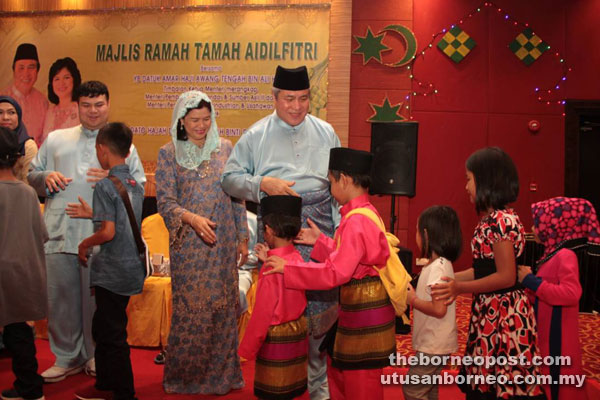 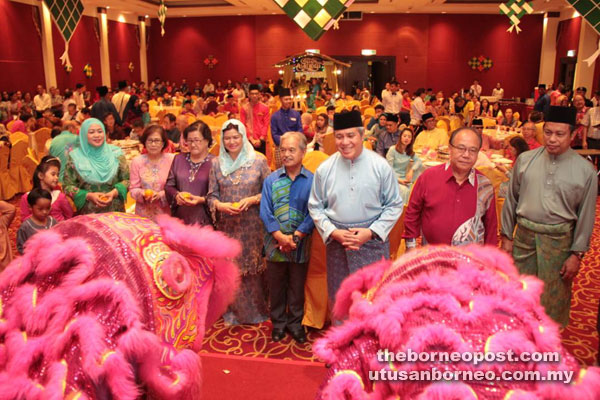 Awang Tengah and his guests enjoying the lion dance performance at his open house. 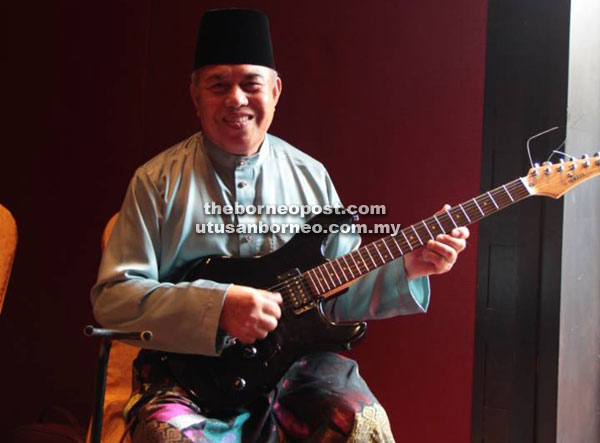 Ali Omar Ali Hasan with an electric guitar performing during the open house.

LAWAS: A crowd of about 5,000 thronged the Raya Open House of Deputy Chief Minister Datuk Amar Awang Tengah Ali Hasan and his family at Hotel Seri Malaysia on the first of the two-day event in Lawas  yesterday.

Other guests included political leaders from PBB, SUPP, PRS and PDP from Limbang and Lawas, NGOs, as well as friends from Miri, Kuching and Sabah.

Also present were Permanent Secretary to Ministry of Industrial and Entrepreneur Development Datu Liaw Soon Eng and head of government departments and their representatives.

There were mutual warm greetings by Awang Tengah and his wife Datuk Dayang Morliah Awang Daud and the thousands of guests who thronged their Raya open house, including many familiar faces  from the Lun Bawang, Chinese, Bisaya, Iban, Kedayan and other ethnic groups in Limbang and Lawas.

Families also took the opportunity to take pictures with the Deputy Chief Minister and his wife to remember the occasion and to post in social media.

A lion dance performance from Lawas Chinese Cultural Association thrilled the crowd, particularly the young children,  painting a poignant picture of cultural harmony and interaction among the communities in the division.