Thursday, February 2
You are at:Home»News»Sarawak»CM: Faster Internet speed soon
For the freshest news, join The Borneo Post's Telegram Channel and The Borneo Post on Newswav. 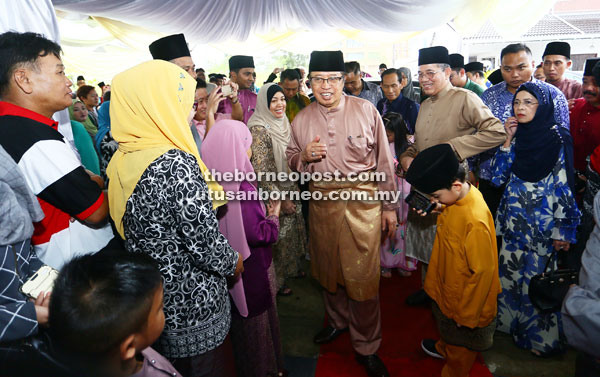 Abang Johari being greeted upon his arrival at the Hari Raya open house hosted by Fadillah (on his left).

KUCHING: People in Sarawak, especially those in the urban areas, are expected to enjoy faster Internet speed soon.

“It’s just a matter of connecting all the major players to lay the basic infrastructure, the fibre optics as well as the cloud for feeding,” he told reporters when visiting the Hari Raya Aidilfitri open house hosted by Minister of Works Datuk Seri Fadillah Yusof here yesterday.

The Chief Minister said studies on the location of additional towers had also been completed.

He, however, said the state government had yet to identify the main contractors for building the towers.

“But I can assure that new towers will be built. The money, the allocation, is there. 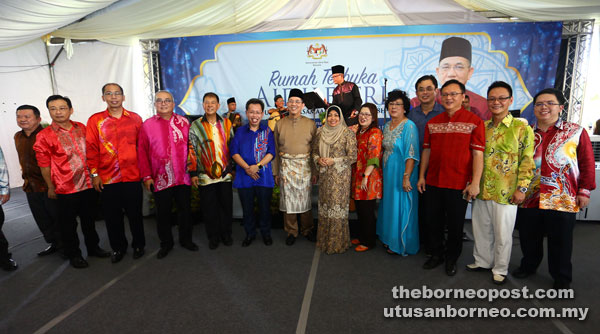 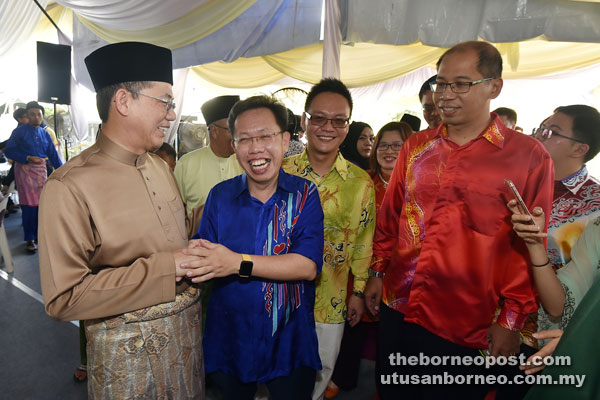 “The localities of the tower have been identified and once we have identified the contractor, building of towers will begin,” he said.

Abang Johari, in early April, had announced the state’s plan to invest RM1 billion in the construction of more  telecommunication infrastructure, increasing the number of communication towers from the current 1,200 to over 5,000, which he said was necessary for Sarawak to have adequate network coverage.

He said the state government “must take the lead” in driving the development of physical information and communication technology (ICT) infrastructure, rather than depend on commercial operators and service providers, and the investment would include “opening up the field” to more commercial operators and embracing data transmission by optical fibre links.

Asked when this infrastructure would be put in place, he said the lab was on-going among the civil service, after which the state would have another major conference on IT towards November.

“Then we will move the ordinance of Sarawak Multimedia Authority that will regulate the whole IT.”