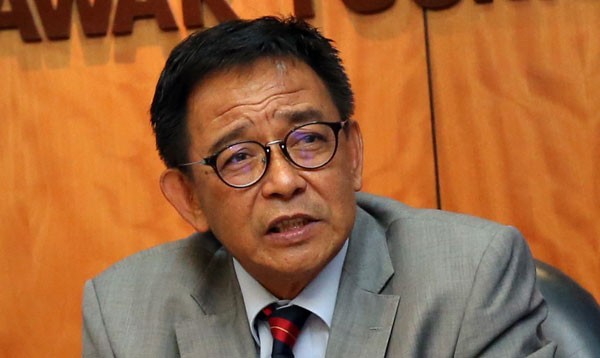 KUCHING: Only Prime Minister Datuk Seri Najib Tun Razak, in his capacity as the Minister of Finance, has the right to defer the date for the implementation of the tourism tax, said Tourism, Arts, Culture, Youth and Sports Minister Datuk Abdul Karim Rahman Hamzah.

Therefore, Abdul Karim said, it is not for federal Tourism and Culture Minister Datuk Seri Mohamed Nazri Abdul Aziz to announce the deferral date for implementation of the tourism tax.

“The right to defer the date (for the implementation of tourism tax) is on the Prime Minister in his capacity as the Minister of Finance and not the Minister of Tourism and Culture who earlier claimed that the enforcement of the tourism tax is on July 1 and now suddenly deferring it to Aug 1.

“We must remember that it was not the Ministry of Finance or the Prime Minister who came up with the date July 1.

Nazri was quoted by a Chinese national daily as saying that the tourism tax that is scheduled to be implemented starting July 1 will be postponed to Aug 1, considering that ‘the system is not fully completed’.

He said when the new policy is implemented, the tourism tax will be imposed on all foreign tourists but Malaysians who are staying in three-star hotels and below will not be required to pay the tax.

Nazri added that the Royal Malaysian Customs Department will be responsible for collecting the new tax.

“We plan to start collecting the tax on July 1 but it is still not completed yet, so it will be postponed until Aug 1. Surely, this is our target, whether it can be implemented smoothly depends on the preparations by the Customs Department,” Nazri was quoted as saying.

In describing Najib as a wise leader who listens to the pulse on the ground, industry players as well as the wishes of Sarawak and Sabah, Abdul Karim said Sarawak will have a way to express her voice to the Prime Minister.

On June 8, Nazri announced the tourism tax, which is set to see rates of between RM2.50 and RM20 charged for a night’s stay, will be enforced as scheduled on July 1.

The Tourism Tax Act Bill, 2017 that was presented by Nazri was passed in April.

In his winding-up speech for the Bill, Nazri was reported as saying that the tourism tax is estimated to collect RM654.62 million, if the occupancy rate for the 11 million hotel rooms in the country reaches 60 per cent.