Wednesday, August 17
You are at:Home»News»Sarawak»State Fire and Rescue Department prepares for possible drought 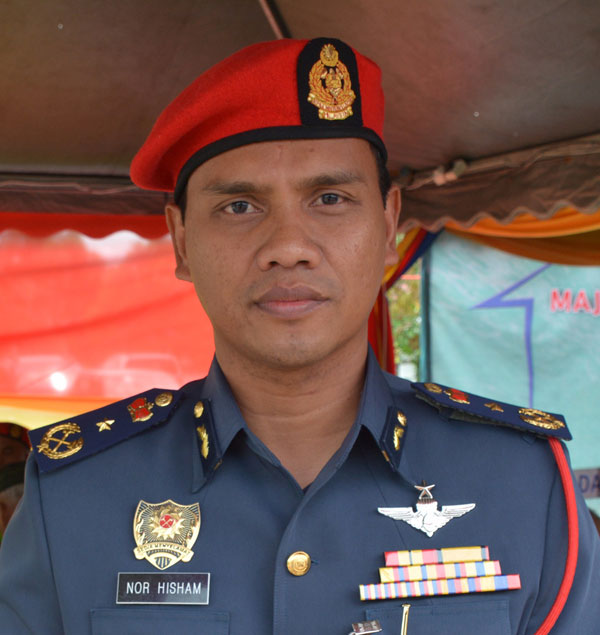 KUCHING: Preparations by the Sarawak Fire and Rescue Department  to face possible drought in the state always starts after the Chap Goh Mei celebration every year, as that is the transition between the end of the monsoon period and the beginning of the wet season, said its director,   Nor Hisham Mohammad.

He said in Sarawak, the areas of concern is in  Miri, where the dry weather often causes forest fires that are quite difficult to control, especially in peat soil areas.

During this period, he said, the department would step up field monitoring, as well as to work closely with other agencies to ensure early detection of every case of forest fires so that swift action could be taken to prevent the situation from becoming serious.

He said the department would always study the pattern of fire cases that occurred during this period during, whereby the operations room would be opened when there is more than 20 fire cases in a day.

Nor Hisham said this in response to a statement by Sarawak Deputy Chief Minister Datuk Amar Douglas Uggah Embas recently that the drought phenomenon is predicted to hit Sarawak between May and September this year, with Miri, Betong and Mukah expected to be hit most.

Douglas, who is also the State Disaster Management Committee chairman, said all government assets should step up preparations, including to ensure sufficient logistics to send water supply and food to areas that would be hit by the drought.

Nor Hisham said the department had a standard operating procedure (SOP) to handle fire cases in Miri as the division often recorded increase in the number of cased during the dry season.

He said during the dry season, the number of personnel at the field would also be increased and the department would also enhanced it air surveillance .

“If a fire is detected in plantations, normally, we will inform the management of the plantation concerned because the plantations have their own fire-fighting squad,” he added. – Bernama